This week, Amazon is dropping a new action flick with Jolt. While Kate Beckinsale brings the charm and fun, Jolt doesn’t quite make the impact you’d hoped.

I love goofy action movies. They don’t have to make sense to be fun, and indeed their over-the-top absurd nature is a major part of its appeal. As such, I was pretty eager to get my eyeballs on Jolt after seeing the trailer. It looked like the kind of goofy action flick we’d get out of Jason Statham or, well, even Kate Beckinsale herself (I’m a sucker for the Underworld movies).

The concept of Jolt is fairly interesting from the outset. Beckinsale stars as Lindy, a woman with a peculiar affliction she’s had since childhood. Due to a rare neurological disorder, Lindy finds it nearly impossible to control her rage. The result are violent (almost murderous) outbursts, as well as reflexes and strength that go beyond the normal human range.

Her parents, unable to help/control Lindy, ultimately end up giving her up, making her a ward of the government. Her unique “abilities” of course attracts the attention of the Government, but even they struggle to find a way to keep her under their thumb. After years of living a solitary life, and subjected to countless experiments, Lindy seems to have finally found a treatment that works.

Via the use of a specially designed vest from Dr. Ivan Munchin (played by the always awesome Stanley Tucci), Lindy can give herself an big electric shock with the press of a button. Amazingly, this works to control her impulses and bring herself back into control. While extreme, it offers her the chance for something she’d never had before: a normal life.

Well, as normal as can be anyway. The result are hilarious moments as Lindy visualizes the violence she wants to bring down on others before using the vest to keep herself in check. It makes for some fun scenes in the film that both bring in some extra action and humor to otherwise “normal” sequences. As part of her therapy with Dr. Munchin, Lindy agrees to try going out on a date (something she’s never really been able to do without fear of hurting someone). There she meets Justin (Jai Courtney), a man who manages to capture her attention and give her hope that there’s a chance for life, and love, after all.

Wouldn’t you know it…he ends up murdered the next day. With the police seemingly ineffective in their search, Lindy takes it upon herself to discover the truth behind Justin’s murder. This ultimately leads her down an unexpected path pitting her against gangsters and at a crossroads with the police trying to help.

While the trailer painted it as a zany, action-filled adventure, Jolt actually plays out more like a mystery movie with a good helping of comedic moments. There’s action, sure, but considering the skills they established Lindy as having, they felt…basic. There’s plenty of talk about Lindy’s various skills she’s acquired as she sought treatment, but none of the action sequences really showcase that. Nothing about them stand out as particularly different than anything else we’d see in any other action film. I was more impressed with how humorous the movie turned out to be. The bulk of the humor comes across via the banter between all of the characters, which the trailers didn’t seem to touch on at all. Specifically, the back and forths between Lindy and the police officers (Bobby Cannavale and Laverne Cox), were hilarious and probably accounted for the most engaged I was in the film. It was clear they were all having a blast, playing off one another, which makes the more serious moments feel…off.

Regardless, Jolt definitely wasn’t the movie I thought it would be based on the marketing. Mostly because it doesn’t feel like the kind of film it WANTS to be either. The film leans so much into the humor and goofiness of its idea, that it becomes difficult to take any of it seriously. As such, even when the bad guy comes into play (and a big ‘ol twist) there was never the sense of tension or menace to any of it. This isn’t necessarily a bad thing, and there are still plenty of fun moments, but doesn’t exactly leave me eager to come back to it for multiple viewings.

Jolt has quite a few good elements to it. I loved the cast and character dynamics; Beckinsale is clearly having a bunch of fun and instantly charming/ at ease in the action role; and there are some fun visual flairs/editing that make certain things stand out. The problem, however, is that none of it feels like it comes together cohesively.

It has some interesting ideas, but doesn’t do much to really explore them beyond a big dose of exposition at the very beginning of the film. There’s also quite a bit of setup for turning this into a franchise following Lindy’s unique talents/skills, but nothing really helped add to the story being told in the film. It’s fun, but doesn’t go much beyond that, even though it really wants to. 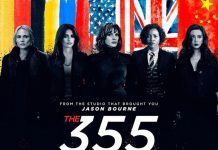 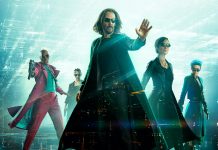