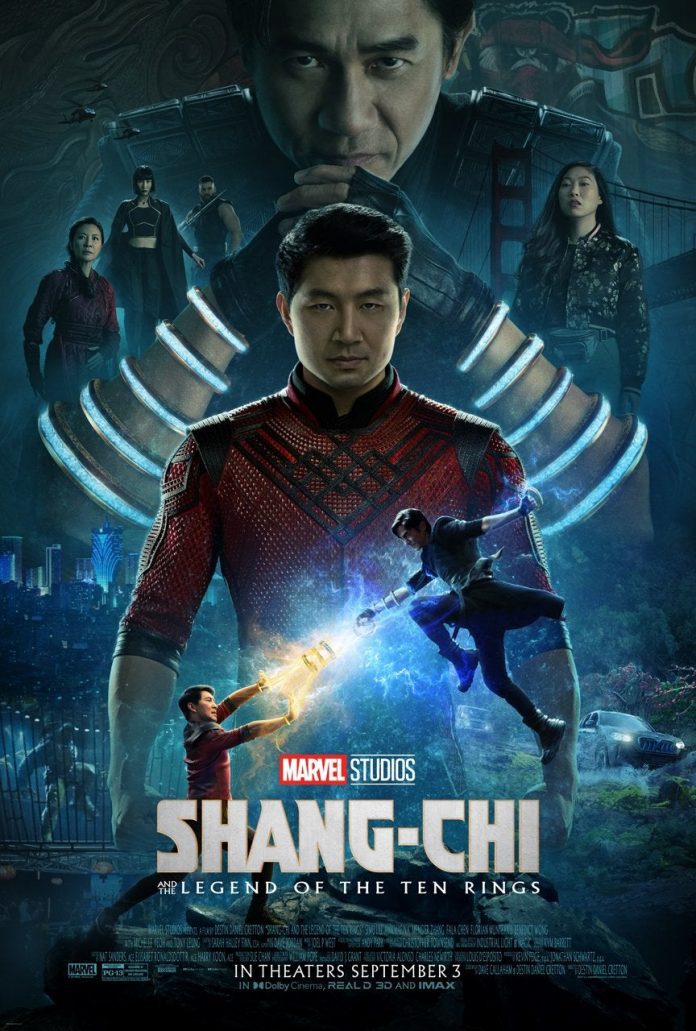 With jaw-dropping action sequences and an impactful story unlike we’ve seen before in a superhero film, Shang-Chi and the Legend of the Ten Rings is a welcome addition to the MCU.

Phase 3 of the Marvel Cinematic Universe found Disney bringing more diverse inspirations into the fold to make the franchise more expansive, and entertaining than ever. The MCU reached new heights of critical praise and audience excitement thanks to the creative input of filmmakers outside of the realm of major Hollywood productions. Not only did it make the films more dynamic, and unexpected, but it helped to shed some of the stigma associated with what a superhero movie was meant to be, and what it could accomplish.

Entering Phase 4 we have no indication that the franchise has any intention of slowing down. After the explosive double crossover event of the Infinity War, it was clear that the franchise would be making its biggest changes yet. Some of the heroes the MCU was founded upon were killed off or will soon be departing, leaving a void for new characters to fill. After an unwelcome hiatus in 2020 due to the pandemic, this year’s Black Widow provided some closure on the events of Infinity War. Next up is Shang-Chi and the Legend of the Ten Rings, the first Phase 4 film to tell the origin story of a new hero.

Shiang-Chi may not be the most well-known or prolific hero from Marvel’s comic books, and the film doesn’t feature the types of A-list Hollywood stars that have been a mainstay in the franchise so far. But those initial hurdles have been faced by MCU films before, and the franchise has overcome them. In the case of Shang-Chi and the Legend of the Ten Rings, the lesser-known pieces it has to work with end up being among the film’s most beneficial attributes. Besides the solid reputation of the MCU, the film is not saddled with immense expectations, which allows it to be a splendid surprise.

Shang-Chi and the Legend of the Ten Rings is a fantastical martial-arts film in the guise of a Marvel origin story. As a fan of the subgenre, I was really interested to see how Disney would bring this type of a film into the fold, and by all regards, the filmmakers have done a fantastic job. Not only is the film a fitting homage to Hong Kong’s fantasy films of yore, but it brings fresh ideas and a distinct approach to the MCU without feeling like it is supposed to be part of a different franchise.

Shiang-Chi is a Chinese-American immigrant who goes by Shaun and works as a valet in San Francisco. But he has a dark and unusual past he is hiding from. His father, Xu Wenwu, is a Chinese war-lord who utilized the powers of a mysterious weapon to create an empire that lasted more than a thousand years. The elder Xu gave up his powers to live a normal life with Shang-Chi’s mother, but when she is murdered, Xu breaks his vow and returns to his warmongering ways. Xu learns of a possibility to bring his dead wife back to life, but doing so means dealing with a dark and dangerous power which even he may not be able to control.

Yes, there are elements of the story which feel familiar. And certainly the moments when the film is obviously being utilized to world-build the bigger MCU picture. But for every way the film does something expected, it will defy your expectations in two more. For example, the way the story is laid out does feel a bit cookie-cutter at first; a person with a dark past and unfulfilled potential is given a new opportunity to show the world who they can be. However, the writers do an excellent job of flushing out the backstory as the plot moves forward with the use of flashbacks. This helps to maintain the film’s momentum while ALSO adding emotional weight.

This also helps to make the characters more endearing as the film goes along, and this is true for both the protagonists as well as the antagonists. Any first impressions you may have about a character at the beginning of the film will be challenged by the end. I especially liked how the film’s plot was not primarily driven by greed, or a thirst for power, but by love and loss. The MCU has done a fantastic job of making its villains somewhat believable in their motivation – they aren’t always just an evil entity hell-bent on the destruction of humanity for the fun of it. Shang-Chi adds another credible villain and the heroes’ love-hate relationship with him makes it that much more unique and impactful.

Simu Liu stars as Xu Shang-Chi, and Disney has found yet another star out of seemingly nowhere who fits the role perfectly. Liu has a background working in stunts, and this allows him to really fulfil the role. Awkwafina portrays his sidekick and best friend Katy. She does a great job of bringing commentary and an upbeat positivity to the film in the midst of its dark and troubling themes. Awkwafina works well with Liu, and I’m happy that she is not set up in a traditional female role we might expect in this type of film. Indeed, Meng’er Zhang portrays Shang-Chi’s sister, and she also plays an important role of breaking out of the traditional female stereotypes which the MCU has struggled with in the past.

The veteran actor Tony Leung portrays Shang-Chi’s father, and brings the ability to portray the necessary complexity to the role. He is neither a heartless thug nor an idealized father figure. As I mentioned above, he makes for the type of antagonist that pushes against expectations for this type of role. He is definitely powerful and menacing, but there is a weakness about him which is the crux of the film. There’s the idea that love is such a powerful thing that it can make the most terrible person good, and make the most well-meaning person bad.

If the most impressive part of this film was its well-told and intricate story, that would be enough to make it an interesting and entertaining film on its own. But the best part of Shang-Chi and the Legend of the Ten Rings is the action. Yes, this is an MCU film which really raises the bar as far as what has been done before in terms of both the action sequences and the special effects. As an homage to Hong Kong style martial arts films in the past, it features some of the best choreographed, and beautifully photographed action sequences in the entire franchise so far. The magical realism is very vivid, and brings a new element to a big-budget superhero style film.

All of this falls to the shoulders of director Destin Daniel Cretton who has really made one of the most entertaining films I have seen in some time. This is Cretton’s first big-budget release, and maybe in the past we would have seen that as a potential problem. But Disney has really done a great job of supporting these types of filmmakers by giving them more freedom to collaborate with the creative minds they trust. This has given the MCU films a unique and very interesting variety.

Cretton’s experience working on powerful dramas means he is able to not only get great performances out of his actors, but also provide emotional weight despite the storytelling shortcuts that are impossible to avoid in a big budget action flick. Add onto that an excellence in handling the vibrance, and fluidity of the action sequences, and you have one of the most impressive MCU films to date in terms of technical execution. No, Shiang-Chi won’t replace the MCU heroes we’ve lost, but it will fill in for them just fine.