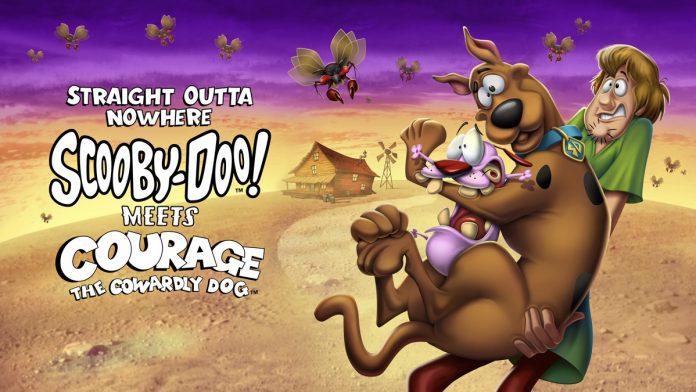 In Straight Outta Nowhere: Scooby Doo Meets Courage the Cowardly Dog, two of animation’s most fear-prone canines finally meet and I’m here to let you know if the story is worth checking out.

Given how long Scooby-Doo and Courage the Cowardly Dog have been around (since 1969 and 1999 respectively), it’s amazing that these two characters have never met in a crossover before now. In hindsight, it makes perfect sense to create a story where Scooby-Doo and Courage meet, because they have so much in common: they’re both talking dogs, they both experience weird mysteries, and both are the most cowardly dogs imaginable.

With that in mind, I was genuinely excited to check out Straight Outta Nowhere: Scooby Doo Meets Courage the Cowardly Dog because I wanted to see what it would be like when these two characters finally met.

The result exceeded all of my expectations. This is a movie fans of both series will enjoy. It is literally a love letter to everything that makes both Scooby-Doo and Courage the Cowardly Dog fun to watch.

Let’s start with the animation. The movie, thankfully, makes no attempt to hide the differing animation styles of the two shows, you can tell this is two shows coming together. While it was initially jarring to see Scooby-Doo and the gang in Nowhere, with its own distinct animation style, you quickly get used to it. There are also an amazing number of “fright reactions” from both Scooby and Courage that provide so many laughs. I’d honestly forgotten how funny Courage’s reactions could be and seeing him and Scooby be scared together? It’s amazing, and it makes me wonder why it took so long for this crossover to happen.

The mystery that lures Scooby-Doo and his friends to Nowhere is the one weak part of the movie however. While it starts well, it doesn’t quite work in the big reveal scene, and it almost feels like the writers couldn’t decide if the finish would be more along the lines of a Scooby-Doo cartoon or a Courage the Cowardly Dog cartoon and decided to split it down the middle. That being said, as the mystery plays out, there are a lot of Easter Egg references to past Courage episodes that longtime fans of the cartoon will love to look out for. There was also, weirdly enough, several references to Young Frankenstein that I didn’t expect but appreciated regardless. 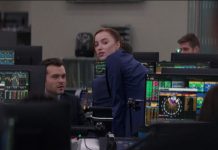 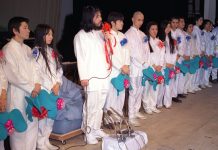 AUM: The Cult at the End of the World Tells a Real-Life Horror Story | Sundance 2023 Review