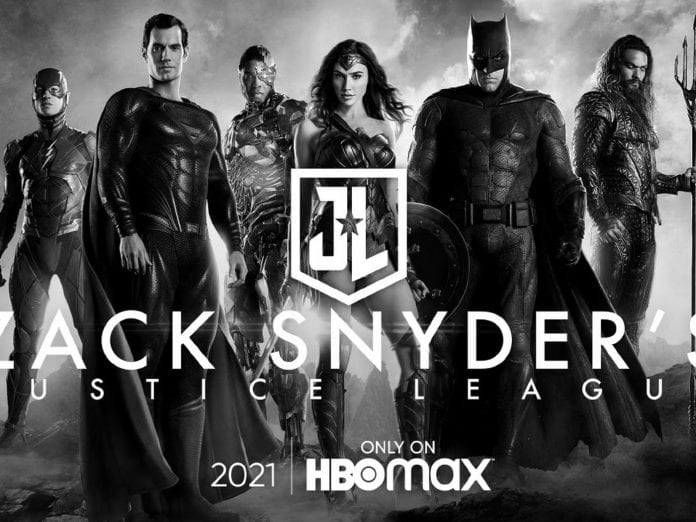 Against all the odds, this week finally brings Zack Snyder’s vision for Justice League to the masses. Wouldn’t you know it, it’s actually pretty great.

To be honest, I wasn’t sure what to expect from the fabled “Snyder Cut.” On one hand, I wasn’t exactly it’s biggest proponent, even though I’ve long been a fan of Snyder’s films. As we began to see more of the film come together, and got a more candid look at the behind the scenes shenanigans surrounding it all, I felt the hype kicking in.

I very much enjoyed Man of Steel, and had my issues with Batman v. Superman (though the Director’s Cut on that one REALLY goes a long way), but overall thought it was decent. By and large, these films’ approaches to the characters aren’t the “definitive” versions, nor am I convinced they were ever meant to be. As such, if you look at the films as more “Esleworld Stories” I think it makes them significantly more enjoyable.

The Justice League that launched in 2017 was….something. I think there was some fun there (mostly tied into the thrill of seeing all these characters together), but there’s no denying it’s unpolished nature. Between the subpar VFX work and the very obvious differences between the original footage and stuff newly shot, it left a whole lot to be desired.

I won’t rehash the ups and downs of DC’s cinematic universe’s foundations, but I feel it’s important to know where I’m coming from in terms of Zack Snyder’s Justice League. Essentially, I had hopes it would be good, but kept my expectations at a reasonable level. Fortunately, the film is way better than I could have imagined. While a far cry from perfect, it’s an impressive epic that left me wanting more. I won’t dive too much into the story aspect of the film. For the most part, the basic story of Zack Snyder’s Justice League is essentially the same as the one we saw back in 2017. Batman/Bruce Wayne, feeling the guilt of his clash with Superman and knowing a bigger threat is coming, works with Diana Prince to gather a team of other metahumans. Steppenwolf, a disciple of Darkseid, has come to Earth seeking the three Mother Boxes that would convert the planet to a wasteland, prime for Darkseid to takeover.

It doesn’t take long for them to figure out they’re still outmatched and need Earth’s mightiest protector, Superman, back. All of this culminates in an epic battle and a race to prevent the Mother Boxes from destroying the planet.

Same basic idea, right? Well, aside from hitting similar plot beats there’s really no point in comparing the two Justice League films together. The execution, pacing, score, and characterizations are so vastly different it really does feel like you’re watching a new movie. As such, it doesn’t do any good to try and stack them together, there really is no comparison.

Hell, the team isn’t even fully together (or even THINKING of Superman) by the time we reach the first movie’s complete run time! While that might make the first couple hours seem like it would be slow, I think they make for some of my favorite moments in the film. Namely because it actually gives all of these heroes room to shine and feel like real characters. Heroes to Cheer For

Even within the first 20 minutes or so, I found myself caring more about the story/characters than I did the entirety of the previous movie. The stretched out pacing gives room for certain character moments that allow them to be more relatable and engaging overall. In the opening, this is especially true for the villainous Steppenwolf.

While he’s been redesigned (frankly, he still looks like a cartoon character), his new appearance isn’t what makes him better this time around. Instead, you get a much better sense of his power, menace, and motivations all of which made him infinitely more badass. I felt like he was a threat this time around, beyond being big and monstrous looking, and that early characterization added a palpable level of tension to every encounter.

Similarly, you get a better feeling for each of the heroes. Between Barry Allen’s awkward/naive approach to heroics, to the brooding anti-hero feel to Aquaman, every single one of them feel more distinctly fleshed out and interesting. Wonder Woman, who previously had the benefit of a solo film, is still intensely likeable. She was one of my favorite parts the first time around, and her dynamic between the fledgling Justice League members is a cornerstone of the whole group. For those who didn’t care for Batman in the previous film(s), I was surprised at how much I loved him in the film. Having learned from his mistakes in battling Superman, this Batman feels much more like the hero we know and love. He’s still dark and brooding, but there’s more optimism this time, and a genuine sense that he WANTS to be better. He’s far more relatable and helps bring a level of both grounding and gravitas to many of the film’s big moments.

There’s been a lot of talk about Ray Fisher’s Cyborg character, from how Whedon treated him (both on and off screen), and I have to say, he was certainly robbed. His role in this film is significant and serves as an emotional anchor to all the big action. He’s new to his powers, and superheroics in general, so we get to see him grow into his role on the team while being mentored through those growing pains. This effort in laying the groundwork for the characters helps set the stage for the story in a way that changes it completely. Rather than being/feeling like a Saturday morning cartoon, it instead feels like a sweeping epic. Because of the stronger connection to the characters, I was significantly more invested in the action taking place.

Say what you want about Snyder’s storytelling (I’ve said the same at various points, I’m sure), but there’s no denying he makes some pretty, pretty action sequences. In Justice League, he’s in full form bringing his normal stylistic flairs to bear with a sense of “oomph” that was sorely missing beforehand.

There are a handful of big set pieces to gawk at (the revamped flashback to the first encounter with Darkseid if AMAZING and I need a whole film dedicated to it) but even the smaller encounters feel more weighty. It’s in those moments where you get a sense of their individual skills, and the true menace Steppenwolf brings to the table.

This is also the most badass I think Superman has ever been on the screen. This isn’t the unsure-in-his powers hero from Man of Steel, nor the conflicted hero from BvS. This is a Superman confident in his abilities and place in the world he loves. Snyder’s Justice League isn’t a perfect movie. It’s damn fun, don’t get me wrong, but there are still some minor issues worth discussing.

It’s Long – While I enjoyed the extra exposition early on, you definitely feel every bit of the film’s four-hour run time. There are a number of scenes, especially in the third act, that could have been completely tossed and added little to the story.

Much as I hate to say it, cool though it was, the entirely new sequence that was filmed specifically for this release felt completely superfluous. If anything, it seems to set the stage for a sequel, which seems even less likely to happen. I feel the story could have been tighter at three hours. Even so, I can’t say I was ever bored during my watch.

A Certain Scene With Lois – I won’t go too into specifics (I want to keep away from spoilers for the newer stuff) but there’s a scene with Lois and Martha that’s just…well, it’s weird. It makes for a solid emotional connection between the two of them, but there’s a certain reveal that completely throws the entire scene into question. It makes little sense and felt like it diminished a great moment between those two characters.

Some of the Cursing – Everyone knows I’m fairly partial to the word “fuck.” I’m never opposed to it and yes, it pops up in the R-rated Justice League. That said, there are a couple times where its use just felt…out of place. Most of the time the cursing that happened (there’s not an over abundance of it) flowed well into the natural dialog/scene, but there’s one or two that took me out of the moment; tossed in there just to be “edgy.” Fuck is a good word with many uses and I hate to see it wasted.

VFX – Overall, the visual effects work in leaps and bounds better than the previous film, but there are still plenty of times where the VFX feels sketchy. As I mentioned, Steppenwolf still feels like a cartoon character with his redesign (though Darkseid is REALLY impressive looking).

There are a few moments, especially notable during the Themiscyra attack, where the backgrounds and live actors just don’t blend well. It’s very obvious you’re watching them interact on a stage with backgrounds added in digitally. Zack Snyder’s Justice League sits in an odd place. It’s launching pre-loaded with a number of fan expectations and detractors, both of which consisting of people who’ve already made up their minds about the movie. That said, it feels like it defies expectations on both sides. It’s not a perfect masterpiece that “changes the game” entirely, but it’s also nowhere close to the disaster some feared/expected.

It is a very, very good DC movie. It’s not perfect, but makes the case for the direction this universe was heading towards. As DC moves deeper into their multi-verse (allowing for multiple “canon” takes on these characters), this Justice League film feels like it will fit in nicely. Hell, there are even a couple connections you can see paying off in Aquaman (which it didn’t connect to before) and The Flash.

I’m not sure there will be a sequel to this film. I’m not sure that’s even possible at this point (just getting that group back together for a full film seems like a stretch). What I do know, is that I’m suddenly eager to see what happens next and the payoff for the story threads it leaves dangling. It’s not a place I ever expected to be but I’m damn happy to come away from this film wanting more. 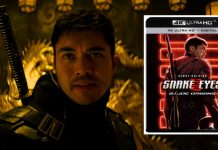 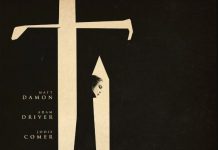 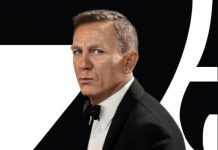 No Time to Die (Review)