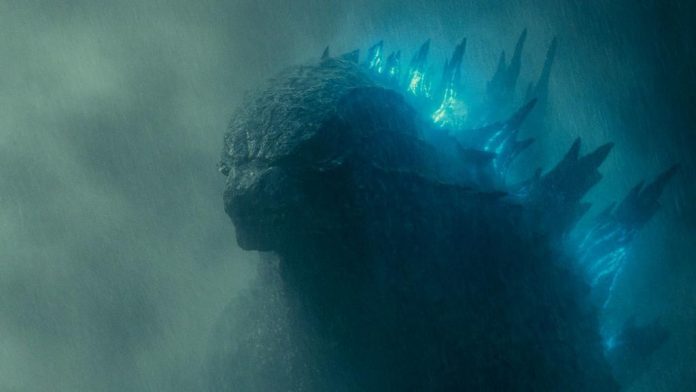 With a Godzilla spin-off series happening at Apple TV+, it opens up the door for more classic kaiju to enter the Monsterverse. Here’s who I hope to see on screen.

To say I’m excited about the upcoming Godzilla series on Apple TV+ would be something of an understatement. Even though it’s, likely, still a few years away, I can’t stop thinking of the possibilities. The longer storytelling format could give the chance for monsters audiences in the West aren’t as familiar with. Not to mention creatures who might not fit as well in the confines of a 2-hour flick.

With Toho on board behind the scenes as well, there’s tons of potential for iconic monsters old-school Kiaju fans (like myself) to get excited about.

The toxic/smog monster isn’t exactly among my favorite Godzilla villains (mostly due to his overall design). That said, I think he’d be perfect for the television format. The new Monsterverse hasn’t kept the same themes of Godzilla, and his various monsters, being a result of nuclear testing, or generally fucking around with the planet. Even so, there are hints sprinkled throughout about how the Titans influence the world, promoting growth and even improving things where they’ve been.

As such, Hedorah, and how they garner strength/power from toxic waste would still fit pretty well. Not to mention could bring tie in some nice, deeper themes to the overall Monsterverse mythos.

On top of that, however, Hedorah goes through a number of different forms; continually changing as he grows and the need arises. Something like that would be perfect for a TV series, allowing him to grow as a threat throughout multiple episodes, while being a constant presence.

Titanosaurus was a one and done monster facing Godzilla, and even then he was sharing the spotlight with Mechagodzilla. Despite that, however, I’ve always had a soft spot for this one. Namely, it’s essentially just a dinosaur, one who looks vaguely similar to Godzilla but with features that certainly set it apart.

In Terror of Mechagodzilla, Titanosaurus isn’t necessarily a villain as he’s being mind-controlled into fighting Godzilla. I highly doubt that would be the direction they’d take this time around (and I’d prefer some of those supernatural elements to stay out of the Monsterverse), but I’d love to see this monster get a chance in the spotlight, or at least more attention.

A cool aspect about Titanosaurus that isn’t covered in the film, but mentioned in books, is that they’re aren’t the ONLY one around. Like I said, it’s just a dinosaur, and there are a bunch of them roaming around. If they go with the idea of it hiding around in the Hollow Earth area, you could potentially see a swarm of Titanosaurus’ come for Godzilla, rather than just one big monster.

This kaiju was the primary antagonist in Godzilla: Final Wars and he’s all manner of badass. For one, just LOOK at him. Everything about his skeletal design and overall appearance just exudes menace and would be amazing to see translated for modern audiences.

Moreso, he’s probably the most straight up “villains” Godzilla has faced. While other monsters Godzilla has battled fall into the ‘mind-controlled’ or ‘protecting their territory’ categories, Monster X is pure malice and wants only destruction. It made for an excellent showdown.

Honestly, it’s a confrontation I’d love to see given the movie treatment and put on the big screen, but Monster X, with his Ghidorah connections, absolute deserves to be used in some way.

I just love Space Godzilla. I’m not even sure why I enjoy this character so much aside from thinking he was really damn cool when I was younger. It’s a goofy name/concept, sure, but he would certainly make for an excellent foe for Godzilla to go up against.

In his movie, Space Godzilla is shown to be much more than a mindless, rampaging monster. He shows plenty of intelligence, even crafting strategy to ensure victory (almost) against his opponents. Even his motivation showcases a level of intelligence not seen in other Kaiju; he wants to eliminate Godzilla as Earth’s protector so he can dominate/take over the planet.

This type of cunning could make for interesting storytelling in a longer format, while also establishing a devious villain to parallel Godzilla as a hero. Throw in Monarch trying to find a way to fight back/assist, and you’d have some fun times ahead.

There are many things I’d love to see in this Godzilla series, but I think Biollante might have the better chance of making it into the show. Despite only appearing in the one movie, she’s become one of the better known Kaiju with general audiences. This is in part due to heavy appearances in games and comics throughout the years.

Biollante is cool because it’s another take on the “clone” Godzilla story, though focused on the organic aspect of things. Kind of like Hedorah, Biollante has more than one form, which would make for a good TV experience.

Imagine seeing the conception of Biollante, essentially a man-made attempt at creating a Titan (possibly even specifically to rival Godzilla) in the first episodes. Then, throughout the season, we can see her grow, become uncontrollable, eventually incorporating Godzilla’s DNA into it’s structure to forge itself into a gigantic monster by the end. Could be neat!

I’m not going into this much as I’m already cheating at my 5-monster limit. I just want to see Baby Godzilla, and have it be known as such. Not a hint, not an Easter egg, but full on Baby Godzilla action.

Toho’s stable of Kaiju feels almost infinite, and I’m excited to see what they pull from the stable to flesh out this show. Of course, we might get ALL NEW Titans as well, which is fun for its own reasons. Either way, I’m excited that Godzilla isn’t done here in the West, which gives us more opportunity for these monsters to someday appear.