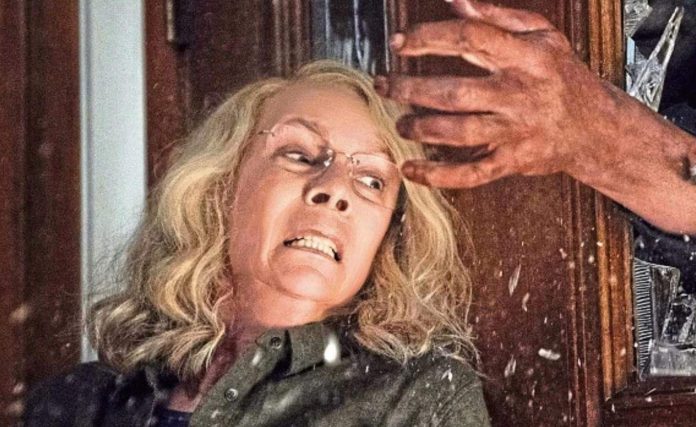 This month Jamie Lee Curtis stars in the final film of the Halloween franchise (for now). To honor her accomplishments as an actress, we look back at how her career began.

Jamie Lee Curtis is an American actress and daughter of Hollywood royalty Tony Curtis and Janet Leigh. She has been featured in films and television since the 1970’s, and has had a sort of career renaissance over the past few years. Growing up with connections to Hollywood, Curtis is now seen as someone with a lot of insight into the industry, and isn’t afraid to talk about it. She has opened up about her struggles with addiction, and used that experience to champion sobriety as well as several philanthropic opportunities. In addition to her acting, Curtis has also become a successful author of children’s books.

On the big screen, Curtis first made a name for herself as a “scream queen” for her role in horror movies. Her most well-known role, and the role which jump-started her career was portraying Laurie in the film Halloween and several of its sequels. Curtis starred in many dramas and comedies in the 1980’s and 1990’s, including Trading Places, A Fish Called Wanda, and Blue Steel. To this day she continues to star in major motion pictures, and some of her recent works include Knives Out, and Everything Everywhere, All at Once.

But Curtis didn’t transform into an A-list star because her parents raised her to become the next great actress. This is the story of how she got her start, in an unconventional way, and worked her way up from there…

Jamie Lee Curtis was born on November 22nd 1958 in Santa Monica, California. Her parents were famous Hollywood stars Tony Curtis and Janet Leigh. Tony divorced Janet when Jamie Lee was 3 years old, and left the family. Jamie did not develop a relationship with her father until her 20’s, and even then, they were never close. The same year of the divorce, Janet married Robert Brandt. Brandt kept a strict household as Jamie Lee’s stepfather, and this made her upbringing difficult even though her family was wealthy. However, Jamie Lee has credited her stepfather’s perspectives on helping guide her through her career and making good choices in life.

Curtis attended schools in wealthy neighborhoods in California, including the Harvard-Westlake School and Beverly Hills High School. Growing up she had witnessed the impact of Hollywood on her parents, and that spotlight did not appeal to her. As a result, she did not have any interest in becoming an actress, and so unlike many of her acting peers, did not participate in any sort of training to become an actor when she was young. During High School she was a cheerleader. She graduated from Choate Rosemary Hall in 1976, a college prep school.

Jamie Lee attended the University of the Pacific in Stockton, CA in 1976 with the intent to study law. Initially she wanted to be a police officer. This college was her mother’s alma mater, which helped because she did not get the best grades in High School. Soon after she decided to pursue social work. However, she only lasted one semester before deciding to drop out. During winter break from school she was visiting a friend when someone mentioned that there was a casting call for Nancy Drew. She decided to try out on a whim, but didn’t get the part. Still, it sparked an interest in acting.

Curtis would spend the next couple months taking acting classes. It was during this time that she decided to drop out of college and pursue acting instead. She auditioned for many different roles, but did not get very many jobs. As a result she decided to sign an entry-level contract with Universal in order to gain some experience. While at Universal she was brought on as a recurring character in the 1977 television show Operation Petticoat. This was actually a remake of a movie her father had starred in from the 50’s, and Jamie Lee’s role was opposite the character her father had portrayed. It was the first of several roles where she was cast mostly because of her famous parents.

During this time she found minor roles in other television programs at Universal. Operation Petticoat lasted 2 seasons, but did not find a lot of success. Jamie Lee’s role in the show decreased over time, and soon she was fired and her contract dissolved. Soon after she auditioned for what would become Halloween. The casting department narrowed down their choice for the lead actress between Jamie Lee Curtis and another actress. Curtis believes she was chosen because her mother became famous as a “scream queen” in Psycho, and by casting Jamie Lee the producers would bring more interest into their new horror film.

The film had a very low budget, which explained the producer’s willingness to cast an unknown and inexperienced Jamie Lee Curtis in the lead role. However, their decision paid off, and the film became the highest-grossing independent film of its time, and quickly gathered a cult following. Critics were mostly impressed, and the film helped to usher in a new type of horror movie for the 1980’s. However, Jamie Lee Curtis didn’t become famous overnight. The film didn’t really receive mainstream acceptance until several years after, and as a result, Jamie Lee Curtis had to accept smaller roles. But gradually she began receiving and taking offers to star in other horror films, including Carpenter’s The Fog. Curtis did not find the same level of success in subsequent horror movie roles, but eventually her role in 1983’s Trading Places helped convince studios that she was more than just a “scream queen”.

Previous entry into this series: