As we near the 25th anniversary of Independence Day, we reflect on how it remains at the zenith of science fiction/disaster blockbuster movie mashups, and how it has influenced the industry more than it seems to get credit for.

Star Wars. Jurassic Park. The Matrix. Inception. These are all films which we recognize today for their influence and impact on the use of special effects in big-budget modern cinema. Star Wars introduced audiences to the power of realistic special effects while establishing the formula for blockbuster cinema. Jurassic Park was the first film to master both computer-generated live action special effects as well as the use of animatronics. The Matrix combined influences from several realms of classic cinema while innovating classic action movie staples such as gunfights and choreographed hand-to-hand combat sequences. Finally, Inception brought sophisticated large-scale storytelling and intricate production values to the realm of traditionally quaint mind-bending science fiction.

In comparison to these groundbreaking films, Independence Day doesn’t seem as impressive. While its entertaining action, impressive special effects, and impressive casting has stood the test of time, it feels like a run-of-the-mill Hollywood blockbuster. These days, alien invasion/apocalyptic action movies are a dime a dozen. Every big-budget spectacle film is full of A-list stars with skyrocketing popularity, and special effects these days are so excellent that we rarely have anything to complain about – even when the films ignore physics entirely.

I would even go as far as saying that no film released in the 90’s besides The Matrix had as big an impact on the course of future filmmaking as Independence Day. You could make the case for other films being stronger influences with respect to specific attributes, but Independence Day as a whole best illustrates the bigger-is-better approach Hollywood has taken with its cinematic exploits in the proceeding 2+ decades. For all of the reasons the film still stands out to me individually, I feel that it established a precedent that all other films since then have tried to replicate (with varying levels of success).

Let’s start with the premise. Independence Day is a mash-up of War of the Worlds and a 1970’s-era disaster movie like Earthquake or The Poseidon Adventure. War of the Worlds has stood the test of time as the template for the alien invasion movie, and Independence Day updated the action and special effects to turn-of-the-century standards. The disaster movie aspect pertains to a story focusing on several people from different walks of life having to come together to deal with this destructive situation. It gives a multi-leveled perspective to the events of the film, and focuses on people struggling against what are basically the forces of nature.

The success of the disaster movie is well documented. It took over in the 1970’s after the decline in popularity of the epic film as one of the most profitable types of movies Hollywood could make. They were jammed-full of A-list celebrities who were attracted to the exposure these films provided, as well as the big paychecks. Its no surprise that they rose to prominence around the same time Jaws invented the blockbuster. Audiences wanted escapism at the movie theaters, and this type of film was more dynamic, more extravagant, and more commercial than anything else. Instead of studios trying to attract audiences, they made cinematic events which audiences simply couldn’t ignore.

While the blockbuster stayed closer to the Spielbergian formula than the disaster movie approach in the 1980’s, things reverted in the late 1990’s. 1996 saw the release of Twister, Mars Attacks! and Independence Day. These were all massively expensive and high-profile films pertaining to widespread destruction. 1997 tweaked the cause of destruction towards volcanoes with Dante’s Peak, and Volcano (not to mention the film with the most ever Academy Award nominations, and tied for wins, is a 1997 disaster movie, Titanic). 1998 brought in killer asteroids with Deep Impact, and Armageddon (not to mention Emmerich’s Godzilla). It isn’t a fluke that all of these similarly-themed films were released at the same time. It also isn’t a fluke that the only film mentioned here which we still sincerely appreciate is Independence Day (and I mean this with all due respect to Twister).

The reason we saw this influx of disaster films in the mid-90’s was the fact that special effects had suddenly advanced to a point where this type of film was aesthetically and commercially feasible. While lesser disaster movies did make an impact before 1995 (Backdraft, Apollo 13, Speed), they had smaller scales and relied on practical stunt-driven special effects. To find the last big-budget disaster film with widespread destruction before 1995 you have to go all the way back to 1980’s When Time Ran Out! That film feels generations behind what was accomplished by major Hollywood studios in the mid-90’s.

I think we also saw this sudden influx of big-budget disaster movies because that type of film was the low-hanging fruit for showing off the cutting-edge special effects which were developed in the early 90’s. Look at Pixar, for example. This was a company that had been trying to make a feature film using only computer-generated imagery for almost 20 years before computer hardware finally caught up in the early 90’s to make it possible. It’s no different than the avalanche of goofy-CGI films we saw released in the early 2000’s when the technology made another leap forward. Disaster movies could be more realistic than ever before, and their past success meant Hollywood was seeing dollar signs once the technology made them feasible once again.

So, in that regard Independence Day isn’t the most original film. It was built to take advantage of a unique opportunity in the industry. By today’s standards it is unrealistic, overdramatic, and rather obtuse. But the same thing can be said about all those other 90’s disaster films. What sets ID4 apart is how it utilizes those building blocks to form an experience that pushes entertainment above all else. The cast, the explosions, the cheesy one-liners, the saving-the-world-with-human ingenuity element….it all puts a smile on your face in a manner that will never get old or boring. I cannot say the same thing about most of those other 90’s disaster films.

The idea to approach a film as an entertainment property above all else is not always a surefire way to achieve success. Most of those other 90’s disaster films banked heavily on the fascination with special effects, more so than the other elements. Armageddon may have a charismatic cast and its share of can-do attitude, but it’s directed by a man with no attention span. Mars Attacks! Also features a stellar cast, and is directed by someone we appreciate for their whimsey, but neither are given the opportunity to do what they do best. ID4 is engineered to entertain from top to bottom. It’s ambitious, but not self-indulgent. It’s special effects are positioned towards that goal – blowing you out of your seat. It is a throwback to classic escapist Hollywood – i.e. it never forgets that it is ultimately just a movie.

Interestingly, the popularity of this type of approach to film isn’t anything new and still persists to this day. For every super serious Batman Begins blockbuster, we get a Transformers. Even back in the 90’s you had sillier blockbusters like Men in Black competing in the same space as The Fugitive. Not everyone wants to watch a film that requires a significant emotional or critical thinking investment. Sometimes we just want to have effortless fun. Early 90’s films like Jurassic Park and Speed took a similar approach. But ID4 arguably brough this type of film to the next level.

ID4 was very important in this regard because it utilized cutting edge special effects for the time in a major entertainment-driven blockbuster. ID4 had a requirement for more than 3000 special effects shots, more than any other film ever at that point in time. To achieve these shots, the producers relied heavily on models and practical special effects in order to save cost and production time as much as possible.

The task of creating these models was immense and very involved. When all was said and done, the production team for ID4 had created the most models ever for a feature film production. I’m not sure if that record still stands, but I would not be surprised if it does. These models weren’t small either. Some of them were quite large, including a 30’ diameter alien ship and a 10’ x 5’ model of the white house.

So, in addition to the kick-ass entertainment value, the oddly incredible cast, and the cheesy one-liners, I think what I appreciate most about ID4 is how it simultaneously represents two eras in Hollywood movie making. On one hand, here was a film at the zenith of its generation of special effects. It was released at the cusp of CGI taking over from practical special effects, specifically model making. While model making is still a very important part of film production to this day, the scale and reliance upon it has never been as great as it was in this film. Furthermore, this film still looks fantastic, despite using such an old-school approach to special effects.

The second part of my appreciation of ID4 stems from it being at the forefront of a whole wave of new blockbuster films which were trying to go bigger and better than before. This type of competition is what would fuel companies to develop better special effects, better action sequences, and better production techniques for major motion pictures. ID4 stands out as the pinnacle of 90’s disaster movies, but its penchant for being an action-movie based around destruction would fuel the direction of the blockbuster moving forward. Today’s action films rely so heavily on destruction it seems like if they didn’t wreck things convincingly it would ruin the entire experience. You can thank ID4 for being a crucial stepping stone along the way to making our favorite modern blockbusters possible. 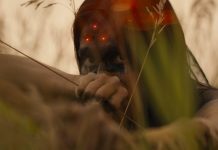 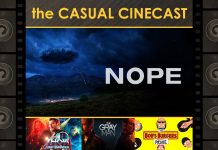 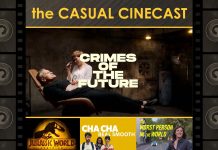