After the success of the first Deadpool film, director David Leitch, along with stars Ryan Reynolds and Josh Brolin, have continued the story of the foul-mouthed, quick witted Deadpool/Wade Wilson. In this film, Deadpool must fight with a time traveling villain named Cable over the life of a young, angry mutant who struggles to control his devastating power. Listen below and find out how this film compares to the last, what we liked and what we didn’t like!

Each week before diving into the review, we talk about the TV and Films that we’ve watched as well as any Film and TV News that we find interesting. This week Chris talks about the HBO show Barry, now that the first season is all wrapped up. He was also inspired by last week’s Tully episode to seek out Young Adult! Justin watches the theatrical cut of The 40-Year-Old Virgin for the first time since theaters while Mike watched the female oriented revenge film, Revenge! We also touch on some of the films that are coming out of the Cannes Film Festival!

If you haven’t seen Deadpool 2 yet, don’t worry! We give you a spoiler-free review followed by a proper spoiler warning before giving any important plot details away!

Subscribe to The Casual Cinecast on iTunes or your favorite podcast app to stay up to date with the latest Film and TV reviews. Watch out for our review of Solo: A Star Wars Story next week!

Talk TV and Film with us on our Facebook Group!

Most importantly, if you like what you hear, give us a 5 star review on iTunes! It helps us grow the show and get more listeners involved which help us create even better content! Thank you! 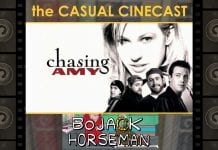 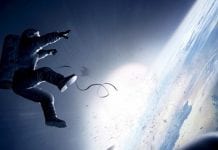 It Is What It Is, with The Jackass! Episode 232: Saying Goodbye to the FJA