With the Pirates of the Caribbean franchise taking up the limelight at the moment, I take a look at how the central character became its biggest problem.

Blessedly, I haven’t been keeping up with the veritable shit show that’s been the Johnny Depp/Amber Heard civil trial going on. Even so, the testimony has brought about some surprising nuggets of information for the entertainment crowd. Namely, we’ve heard some things about the Pirates of the Caribbean franchise!

Depp has confirmed he won’t be returning to those films regardless of any money offered to him, though he laments being unable to give the Jack Sparrow character a “proper good-bye.” For years, Disney has been trying to bring back the franchise with both a sequel and spin-off/reboot of sorts in various states of development. Frankly, knowing Depp won’t be coming back is a relief.

Dead Men Tell No Tales failed to revitalize the Pirates of the Caribbean franchise as hoped/intended in 2017, but that doesn’t mean Disney is giving up. As work on it seems to be moving in a forward direction once more, I’ve been thinking about where things went wrong for the films. Don’t get me wrong, in a general sense I really love the Pirates films, but there’s no denying the decline in quality over the years/iterations.

While there are a few places blame can be laid, one culprit sticks out to me the most: Jack Sparrow. To be clear, I’m not talking about Johnny Depp himself (that’s a whole thing not worth getting into). No, I’m talking about the character Jack Sparrow and how he’s been used in these films.

While he’s easily the most recognizable aspect to general audiences, the franchise’s over reliance on the character has become a crutch. A shaky, wobbly crutch that’s only holding the films back at this point. Let’s talk about why, shall we?

Believe it or not, the Pirates of the Caribbean movies didn’t start life as Jack Sparrow movies. In fact, Sparrow was originally conceived as nothing more than a support character, who’s actions and influences on the film’s plot/characters were meant to be more incidental than anything.

Even before Depp was brought on, however, the script made his role a tad more important, but as you watch Curse of the Black Pearl, you can see the evidence plainly. The focus is meant to be on Elizabeth Swan (Keira Knightley) and Will Turner (Orlando Bloom) as they form the crux of the plot and emotional elements. There’s no denying, however, the instant charisma of Jack Sparrow and how thoroughly he sucks you into the setting and story.

The Curse of the Black Pearl is still a damn good film. While Sparrow is obviously a central figure (going beyond his meager conceptual origins), it’s much more of an ensemble film where each character manages to pull you along in their own way until the big finale. The films didn’t really start having issues until they became almost entirely Jack Sparrow movies…

After the first film impressed fans and critics alike, a sequel was inevitable, but even then director Gore Verbinski knew too much Sparrow would be a bad thing. During an interview with IGN in 2007 he stated:

“You don’t want just the Jack Sparrow movie. It’s like having a garlic milkshake. He’s the spice and you need a lot of straight men … Let’s not give them too much Jack. It’s like too much dessert or too much of a good thing.”

By and large, I feel Dead Man’s Chest succeeded in many ways. Frankly, I think the lackluster finale with World’s End unfairly drags the second film down along with it. I love Dead Man’s Chest and I’ve found myself returning to watch it more times than I have Black Pearl. There are so many interesting plot details laid out in the film and it manages to tease a (surprisingly) deep story/lore while still delivering incredibly fun action sequences.

In Dead Man’s Chest Sparrow takes a bit more of the spotlight, as his personal demons force everyone else into the plot. Even so, the ensemble nature of the first film is still very much in effect. The real shift in the focus doesn’t happen until At World’s End. In the third film, you can see the shift of the story for the franchise move dramatically.

Instead of working to tie up the story threads from the previous film and bring the trilogy to a close, there are a bunch of new elements added. Moreso, there’s obvious setup put in place to carry the franchise into the future (which eventually happened). In some regards it feels like there were a few ideas dropped in the third film in order to make it more “franchise friendly” rather than an outright ending.

For example, despite being a major point between Sparrow and Cutler Beckett, we never learn what ‘mark’ Sparrow left on the villain. There’s a lot of lore built up that’s left on the table, and some seemingly introduced at the last minute without given enough opportunity to shine.

Wasted Potential/Stuck in a Loop

The ultimate problem with Jack Sparrow is that he’s seen very little growth over the course of the franchise. The first film established him as a character with obviously problematic elements (he IS a pirate after all), but still retained some sort of moral compass throughout his journey. He was pretty much the embodiment of the concept he conveyed to Will Turner, “You can accept that your father was a pirate and a good man or you can’t.”

You can see the scoundrel in Sparrow, understand his shadiness, but like Han Solo in Star Wars, there’s more underneath all that. While many of his actions seem (and sometimes are) entirely self-serving, he’s loyal to his friends and frequently sacrificed in order to protect them…eventually.

We still see some of this in At World’s End, but it’s also where we see the shift. Despite all he’s been through (even death!) we end the trilogy with Jack Sparrow in pretty much the same spot as he’s always been. The potential for character growth over the past two films didn’t go anywhere.

Things only got worse as the series continued with On Stranger Tides and Dead Men Tell No Tales. The Pirates universe expanded even further, bringing in more supernatural baddies and problems to deal with…And somehow, Jack was the catalyst for it all. He went from being “the spice” to the main course. These were very much Jack Sparrow movies in which new characters were forced to deal with the consequences of his actions from the past.

The problem, however, is in delving more into Sparrow’s past he becomes even less likable. Rather than seeing the dichotomy of the Pirate/Heart of Gold hero, we only saw how despicable he was. Moreso, the newcomers to the films (replacements for Will and Elizabeth) almost never got to experience the good side of Sparrow. Rather, they were caught up in his story/consequences, and dragged along without benefiting from his weird sense of loyalty.

Where Sparrow would once sacrifice his future for previous characters, you never get the sense he cares about the rest beyond what they can do for him. It’s clear he’d toss them to whatever wolves necessary to save his own ass. Again, I get he’s a pirate, but his character arc was never about that in the previous films. Thus, the character devolved into one I struggled to root for. In fact, in Dead Men Tell No Tales, it reached the point where I actively wanted him to face consequences and lose.

Funny enough, I enjoy Tales quite a bit, but the fact that we see Captain Barbossa (the original villain we all hated) become such a sympathetic character is telling. He experienced the growth and character shift I once saw and expected out of Sparrow, while Jack had turned into an increasingly callous and vile pirate Barbossa started out as.

I didn’t care if Jack was able to escape his current predicament and I felt bad for the side characters he was screwing over. Because the films had turned completely into Jack Sparrow movies, the overall story and engagement suffered. Tales wasn’t necessarily a bad film. It delivered on much of the original film’s whimsy and charm to the point it became obvious what the liability actually was.

Hope for the Future

I think there’s plenty of opportunity for fun adventure stories from Pirates of the Caribbean. As such I’m not all that bummed about the character getting a “final” farewell. By pulling the focus away from Sparrow and bringing it back to high seas fun, I think Disney might finally be able to bring the series back from the abyss.

While so much of the series is rooted in his character, and many have a hard time imagining another film without him, this could be exactly what’s need to finally recapture that old Pirates of the Caribbean magic. 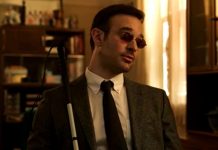 What Can We Expect from the MCU’s Daredevil? 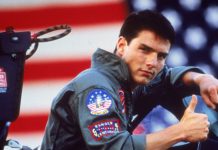 The Most Iconic Movie From Every Year of the 1980’s