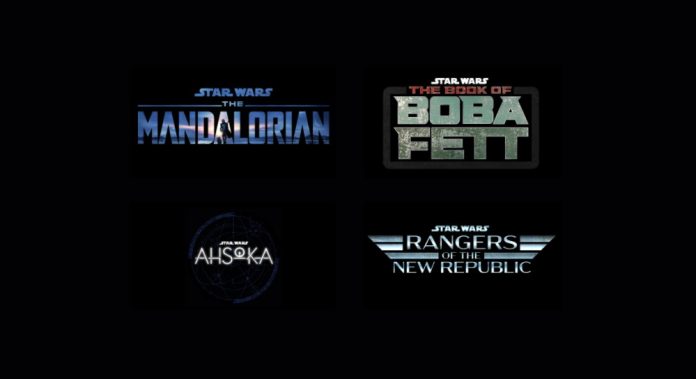 The first season of Star Wars: The Bad Batch has come to a close, but the show’s final scene might hold clues to a bigger Star Wars story in the future…

I know we fans always consider Star Wars serious business, but today I want to have a bit of fun. This morning on Disney Plus brought us “Kamino Lost,” the final episode in The Bad Batch’s debut season. There’s a certain scene in the finale that’s sent my mind spiraling about what the future might hold; not necessarily for the show itself, but all of the upcoming shows/stories on the horizon.

Kind of like I did for The Mandalorian during it’s second season, this article is purely SPECULATIVE and not intended to be taken as gospel. Just some thoughts on what the various dangling threads/hints could be building towards.

This should go without saying, but I will be talking about The Bad Batch season finale. There will be some spoilers contained in here, so if you haven’t watched yet, then you might want to turn away and come back later! Consider this your SPOILER WARNING.

While the bulk of The Bad Batch finale was focused on the crew escaping from the crumbling city on Kamino, the final seconds of the show revealed where the Kamioan cloning scientist, Nala Se, had been taken to. We don’t have a name for the planet itself (I’ll get to that in a sec), it’s clearly a secretive science facility for the Empire.

In fact, it sure looks like an all new Cloning facility. After all, why would they need Nala Se around if they weren’t still doing some sort of cloning experiments. Not only that, however, but the uniform worn by the officer/scientist who greets Nala Se is pretty familiar…

It’s pretty much exactly the same uniform (patch and everything) we see worn by Dr. Pershing in The Mandalorian. Though we didn’t get to learn much about his work in the first season of the show, the second season revealed he was a cloning engineer using an Imperial facility on Nevarro to conduct experiments with Grogu’s blood.

The implications here seem fairly obvious and likely have something to do with Emperor Palpatine’s plans to return in a clone body (which also ties into the creation of Snoke). Palpatine is well know for his long-term planning, so it stands to reason he’s been interested in finding a way to “live forever” since the early days of the Empire.

Sure seems like Nala Se, with her skills in cloning has been brought on board to make this plan come to fruition. Perhaps the uniqueness of Omega herself (which I doubt is limited to being directly linked to Jango Fett) is a major factor in what they’re trying to achieve.

Seems like a plot thread for The Bad Batch‘s second season to potentially cover. However, the planet itself, and this Mandalorian connection could have implications that go beyond simply connecting the dots to The Rise of Skywalker. It could actually be giving us a tease of what to expect in some of the upcoming Star Wars shows….

Go Tell It On the Mountain

What intrigues me most about the location shown at the end of Kamino Lost, is what it could actually be. There are no shortages of secret Imperial facilities littered throughout the galaxy, but there’s one specifically related to cloning that older fans know all too well: Mount Tantiss.

Originally created by Timothy Zahn for Heir to the Empire (which introduced Thrawn and set the stage for more Star Wars Legends tales), Mount Tantiss is a secret location built into the side of a mountain. According to Mara Jade, Tantiss is where, “[Palpatine] kept all of his private mementos and souvenirs and odd bits of technology he thought might be useful someday.”

While the facility itself hasn’t popped back into the current Star Wars canon, the planet Wayland (where Mount Tantiss is located), certainly has. Wayland pops up in the VR game, Vader Immortal, as a hologram.

By activating a projector on your ship in the early segment of the game, you can check out holograms of various planets while your droid companion, Z0-E3, talks about each of them. When you come across the planet Wayland, she specifically says the emperor “has a storehouse of treasures” on the planet.

While this doesn’t give us a WHOLE lot to go on, it sure sounds like the Wayland from Legends and in the New Canon serve a similar purpose. But how does this connect to The Bad Batch?

Mount Tantiss didn’t just house relics and trinkets for the Emperor, it also contained an secret cloning facility! As we see in the finale, the planet Nala Se is taken to bears some striking similarities to Wayland/Mount Tantiss. I mean, it’s literally a mountain with a facility built into it and clearly a place where cloning action is going down.

Thanks to an unexpected name drop from Ahsoka in The Mandalorian season 2, we know that he’s definitely still around. In fact it seems he’s already well on his way to making his big return to the larger galaxy and amassing his forces. The HK-87 droids that also featured in that episode, clearly bore the insignia of the Seventh Fleet (which was Thrawn’s). So wherever he’s been…he’s been busy.

During the Disney Investor Day last December, Lucasfilm President Kathleen Kennedy announced several new live-action shows in the works. More importantly, however, we learned the shows centered around the same period of time (Ahsoka, Rangers of the New Republic, Book of Boba Fett, The Mandalorian), would ultimately come together in some sort of “crossover” event.

The forthcoming Ahsoka series will see the iconic character on the hunt for Grand Admiral Thrawn, while shows like Mando and Boba will give us insight into the state of the galaxy under the New Republic. I’m not sure about the status of Rangers of the New Republic at the moment, but it was set to explore heroes New Republic taking down other pockets of Imperial Remnants out there.

Just based on what we know already, it sure looks like the crossover being built up to is the reemergence of Thrawn as he battles against the New Republic. While I don’t expect we’ll see a direct adaptation of the Heir to the Empire story, it feels like a lot of elements from the trilogy will be incorporated into it.

In those books, Mount Tantiss was a major linchpin of Thrawn’s overall plan to defeat the New Republic. Using the Emperor’s secret cloning facilities, he’s able to build up a brand new army from scratch, which he then uses to go to war.

Perhaps all of the cloning hints we’ve seen so far aren’t specifically for Palpatine’s story, but connected to Thrawn’s ultimate return. Moff Gideon is smart, but I’ve always suspected he wasn’t running the show and answered to someone above him. It wouldn’t surprise me to learn he’s been answering to the Grand Admiral all along, and his interests in Grogu and cloning are tied to Thrawn’s machinations.

Granted, Thrawn himself could still be working according to Palpatine’s plan, but there’s just no telling at this point. We do know that whatever they’re doing with cloning is related to the Force in some way. The Empire needed Grogu’s blood, which obviously wasn’t required when it came to the original clones.

Does this mean they’re working to developing a fighting force of Clone Force warriors? Based off the newer Thrawn novels, it’s clear he has a marked interest in Force-users (or “sky-walkers”). Could Grogu ALREADY be in their custody? We don’t know exactly where he was during his time from escaping Order 66 and meeting him almost 30 years later in The Mandalorian. Perhaps the Empire was already experimenting with his blood before a certain group of special forces bust him out….

Honestly, I have no idea, but it would be an interesting way to connect The Bad Batch to the larger story, as well as give us more insight into those lost years Grogu was in hiding.

There’s no telling what the next season of The Bad Batch will bring, but I think it’s safe to say we haven’t seen the last of Nala Se and this facility she was brought to. Could be, this time next year, we’ll have learned ALL of this stuff I’ve talked about has nothing to do with it!

But hey, we’re here to have fun. For me, speculating on these Star Wars stories is a big part of the fun. We have more to look forward to than ever before and the depth of connection between the books, animated shows, live-action, and games has been thrilling to see. As more connections come into focus, the scale of the next big story has me excited to see what they have in store.

Based off some things I’ve heard and the hints given, this is the theory/speculation I’ve come up with. What do you think the ending of The Bad Batch‘s first season could mean for the future?