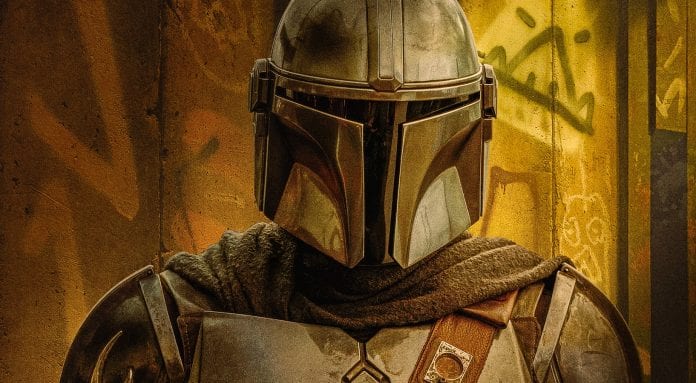 Since the show’s very first chapter, The Mandalorian has been planting seeds for a larger story within the galaxy far, far away. Because of that, I’ve decided to put on my big speculation hat and discuss where things might be heading.

[Be warned, I’ll be discussing spoilers for episodes that have aired.]

There’s no question Star Wars fans have been loving The Mandalorian. Not only does it bring the epic feel of the films to the small screen, it manages to introduce new characters in a way that feels like they’ve been a part of the adventure all along.

Part of the show’s appeal has been the ability to be mostly open to Star Wars newcomers. While it has plenty of connections for diehards to enjoy, people who haven’t been life-long fans (or just dipping their toes into the franchise) have found it super accessible. However, with the inclusion of a member of Yoda’s species, Imperial holdouts, and the Legendary Darksaber, it’s clear the show is more than willing to delve deeper into the lore and set the stage for bigger things.

The first few Chapters of season two have made it even more clear that Din Djarin is stepping into a much larger world and bringing audiences along for the ride. From Boba Fett, to Bo-Katan, and very soon Ahsoka Tano, the pieces are falling into place for something elaborate than a simple quest to find a foundling’s family, Jedi or not.

I have some ideas about where things are heading, and not just for The Mandalorian, but the bigger story that could connect multiple shows on Disney Plus and perhaps future films. I will caution you now, this is pretty much all SPECULATION at this point on my part, simply connecting certain dots. While some credible rumors and things I’ve heard personally might have some influence on my thoughts here, I still wouldn’t take this as gospel.

Let’s have some fun!

Lucasfilm has kept the back half of this second season successfully under wraps. The marketing and trailers have all been confined to the first four episodes, which means we have no clue what’s coming in the last four.

Moff Gideon will of course rear his head again, once more forcing Din into conflict to keep the Child safe. It looks as though this time around, Gideon will have more of his Imperial resources available to him, which means Din will need more help. A lot more.

For the most part, I expect Season Two end on a similar note, with Din once again reaching out to various allies/newcomers to aid him in his fight against Gideon. So, it’s possible we could see a return to Tatooine to enlist the help of Cobb Vanth, which might also give us some closure on the Boba Fett thread. And with Gideon still in possession of the Darksaber, it’s pretty clear we haven’t seen the last of Bo-Katan and her Night Owls.

As for what role the Child plays in the conflict…hard to say. Perhaps he gets captured by Gideon and Din must mount a rescue mission to infiltrate the Moff’s stronghold; which is probably a kind of Star Destroyer. The Star Wars Topps Card Trader app has recently revealed what appears to be an Arquitens-class Destroyer (seen in The Clone Wars) that’s specifically connected to The Mandalorian line of cards.

It would make sense this is what Gideon is using to traverse the galaxy and keep a stranglehold on the Imperial Remnants who haven’t fled to the unknown regions at this point. Remember, several major Imperials, including Grand Admiral Rae Sloane, flew off to parts-unknown kicking off the beginning of the First Order soon after the Battle of Jakku. A battle that took place just a year after Return of the Jedi, so a few years before the events of The Mandalorian.

Bo-Katan is more than eager to get her Darksaber back and seems to have a personal grudge against Gideon, one that probably extends beyond that aspect. Gideon clearly has direct ties to how the Imperials dealt with Mandalore and its people during the Siege of Mandalore, hell, it wouldn’t surprise me if he was using the planet as his home base!

We don’t really know what happened to Mandalore during the events of the Original Trilogy, aside from references to “the Great Purge.” Considering that Mandalorians are broken up into various sects and mostly keep themselves hidden, it’s reasonable to assume something catastrophic happened to them and their planet beyond what we’ve know. Bo-Katan’s quest to oust the Imperials from Mandalore (mentioned during her appearances in Star Wars Rebels) obviously didn’t go as planned.

I’ll come back to this idea in just a bit.
I have to think this idea of Din and his friends uniting to save the Child (from whatever circumstances), and to once again thwart/combat Moff Gideon, will comprise the final episodes, setting up what’s to come in Season Three. Yes, I don’t think we’ll see the end of Gideon this season, and I also believe he’ll be an even bigger focus next year…