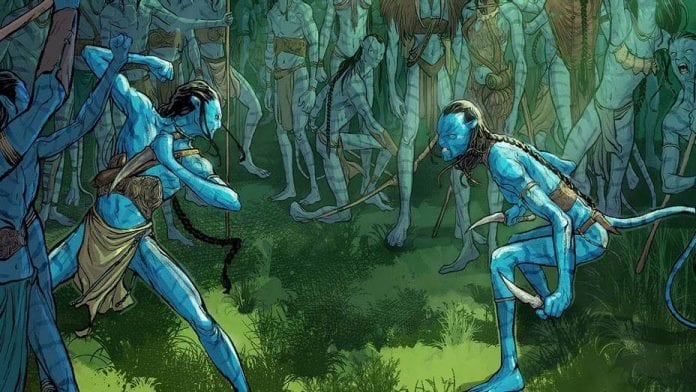 Dark Horse has announced a brand new Avatar comic mini-series that will partially fill the gap between the James Cameron’s first movie and the upcoming sequel.

We still have a bit to wait before seeing Pandora back on the big screen when Avatar 2 hits in 2022. Thankfully, fans will get the chance to see what happens next in just a few months. Dark Horse Comics has announced Avatar: The Next Shadow, a four-part series that will serve as a sequel to the 2009 story.

While Dark Horse has previously released comics based on the world of Avatar, this marks the first time they’ve ever gone beyond the events of the movie. As such this will be our first look at what happens with Jake Sully after the credits have rolled.

Written by Jeremy Barlow, with art from Josh Hood, Wes Dzioba and Gui Balbi, The Next Shadow will debut on January 6, 2021. Personally, I can’t wait to get my hands on this one. I love Avatar and have been very eager to get new stories based off the characters and world. Hopefully this will serve as a nice distraction while we continue to wait for that long-gestating sequel.