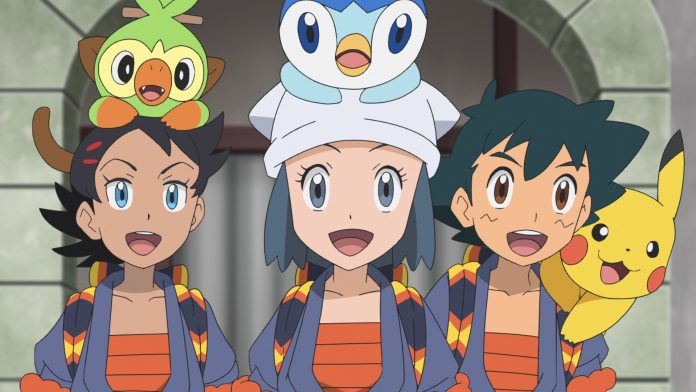 Pokémon fans have a new animated special to look forward to which will bring Ash and his friends to the Sinnoh region for a new adventure inspired by Legends Arceus.

Netflix and The Pokémon Company are giving fans their first look at an all new animated special coming to the streaming service later next month with Pokémon: The Arceus Chronicles! As the name implies, it has connections to the most recent game, Pokémon Legends Arceus, but keeps the anime characters around for the fun.

A visit to the Sinnoh region turns into a high-stakes adventure when Ash, Pikachu, and friends join forces with powerful Pokémon to confront a looming threat! When Ash, Goh, and Dawn receive a mysterious message from the Mythical Pokémon Arceus, they meet up with Brock and head to Mount Coronet to investigate. There, they find a rampaging Heatran and the commanders of Team Galactic, who are determined to find their missing leader by opening a gate between dimensions. With a trio of Legendary Pokémon and Sinnoh Champion Cynthia on their side, our heroes have lots of help, but they’ll need all they can get to save Sinnoh from being destroyed!

Pokémon: The Arceus Chronicles will premiere during this month’s 2022 Pokémon World Championships in London (to those in attendance), and will then stream worldwide on September 23, 2022.