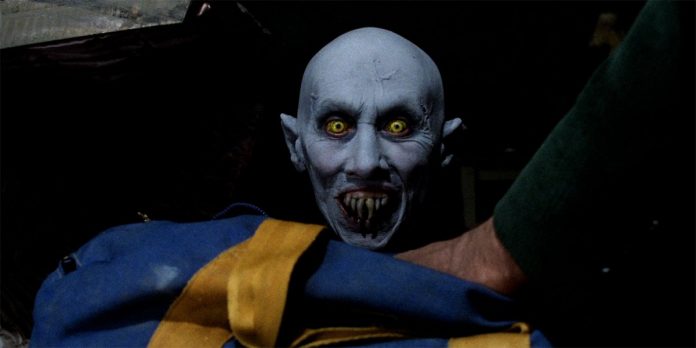 If you were gearing up to watch the new adaptation of Stephen King’s Salem’s Lot in a couple months…it’s time to adjust your calendars.

The film adaptation of King’s vampire epic, Salem’s Lot, was set to arrive in just a couple months (September 9th specifically); a spot that seemed prime as movie audiences began to prepare for the Fall/spooky season. This morning, however, Warner Bros. and New Line Cinema have pushed the movie back to Spring of 2023.

It sounds like the move is being made due to so many post-production houses being overwhelmed and backlogged thanks to the pandemic. It’s something many films are still dealing with, and a big reason much of WB’s DC slate was moved to next year as well. While it’s a bummer to have to wait, so many of the VFX people are being severely overworked, so it’s nice when a studio just delays things.