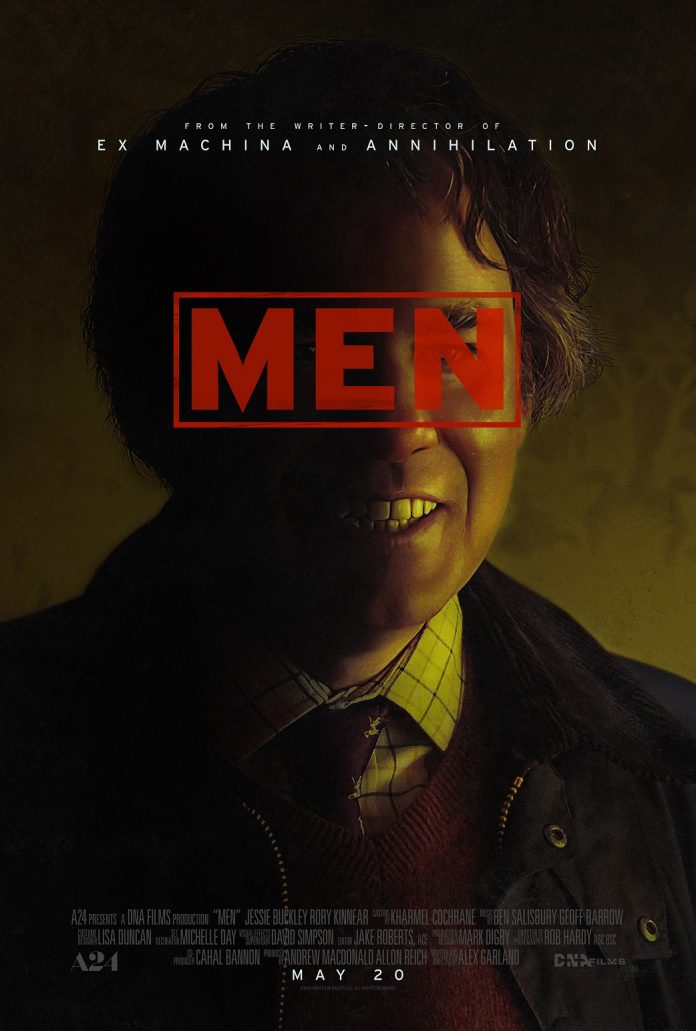 This morning brings about the full trailer for Alex Garland’s upcoming horror film, Men, offering a more chilling glimpse at the flick.

I can’t say this trailer makes anything more clear than the previous teaser we got, but I do know that I’m damn excited for it:

The overall tone and vibes the trailer gives off has me sucked in. Couple that with my love of all things Alex Garland and Jessie Buckley, and there’s no way I’m skipping this one.

In the aftermath of a personal tragedy, Harper (Jessie Buckley) retreats alone to the beautiful English countryside, hoping to have found a place to heal. But someone or something from the surrounding woods appears to be stalking her. What begins as simmering dread becomes a fully-formed nightmare, inhabited by her darkest memories and fears in visionary filmmaker Alex Garland’s (Ex Machina, Annihilation) feverish, shape-shifting new horror film.