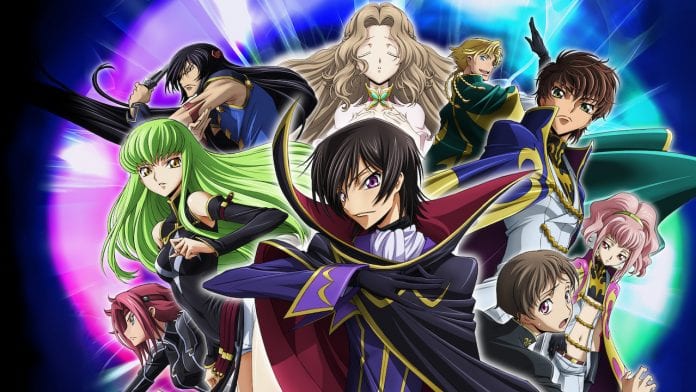 Late last month, it was teased that there would be major announcement regarding the Code Geass franchise. When announced, no one in the anime community was 100% certain on what the presentation would entail, if it would be about another Code Geass movie, series, or what have you. When the presentation went live, what was announced was a whole lot of Code Geass goodness.

As part of the Code Geass 10 Year Project, the beloved anime series is returning for another run with Code Geass: Z of the Recapture. Alongside the anime series’ return, a new smartphone game is in the works that features characters from previous Code Geass works. The game is called Code Geass: Genesic Re:CODE. Code Geass: Z of the Recapture

The new anime series, Code Geass: Z of the Recapture is a continuation of the 2019 anime film, Code Geass: Lelouch of the Re;surrection. The series is in its early stages of development. Therefore, series details are scarce, but Z of the Recapture is being animated by Sunrise, where Code Geass veteran Yoshimitsu Ohashi will be directing and Takahiro Kimura will return to design the original characters from the series and films. Noboru Kimura(Amagami SS/Persona 5 The Animation) is in the process of writing the scripts. The new Code Geass game, Genesic Re:CODE, is set to comprise of current and future works from the Code Geass series. It will feature stories from the original series, as well as original ones made for the game. The gameplay will be both simulation and role-playing based. Code Geass: Genesic Re:CODE is set to arrive on smartphones in Spring 2021. You can check out a preview of the gameplay below.

Personally, I’m thrilled by this announcement. Code Geass: Lelouch of the Rebellion is in my Top 5 of favorite anime series of all-time. It was a powerful series that found a way to mesh politics, mechs, and powers into an intense, epic story. The stories that came after were great, as well, but knowing that the original characters from the first series are back for another potentially incredible ride has me all sorts of excited.