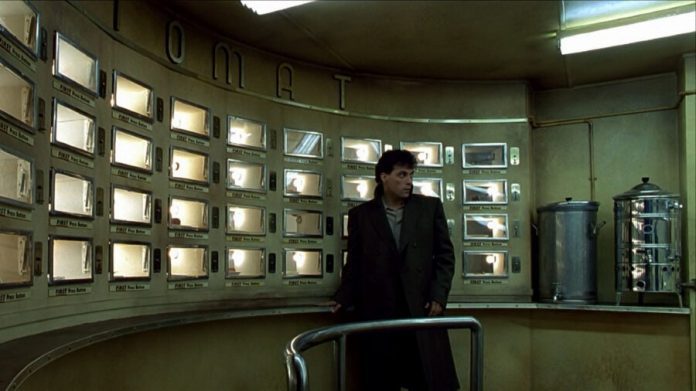 Alex Proyas has announced he’s returning to the 90s Sci-Fi/Noir film Dark City by bringing it to the smaller screen.

If you haven’t watched Dark City (which launched in 1998), I want you to go online and buy yourself a copy, or just digitally rent it, and watch it right now. I’ll be here when you get back…

Okay, now that you’ve experienced the badass-ness of Dark City, you can share in my excitement that Alex Proyas (the director of the film) is coming back to that world for a new TV series.

During a Q&A held by the ongoing Popcorn Frights Film Festival, which is where his new short film (ALSO set in the world of Dark City) is premiering, Proyas made the announcement (hat tip to Bloody-Disgusting for the catch):

“Dark City right now is really an intriguing one to me because we’re developing a series, a Dark City series. I’m having to reanalyze in order to construct a new story. I’m having to go back and kind of jog my memory as to what we actually did and what I think worked and what I think didn’t work and reevaluate my own film, so that’s been a very interesting experience as well which I’ve not done before.”

Details are obviously sparse at this point, as he’s just now in the development stages, but it sounds like the series won’t be a straight up adaptation of the original film. Dare I hope that we get to see a continuation of the story in some form, or see what came next?

Odds are, it’ll be a while before we see/know anything more about the show, but consider me fully on board the hype train for it.