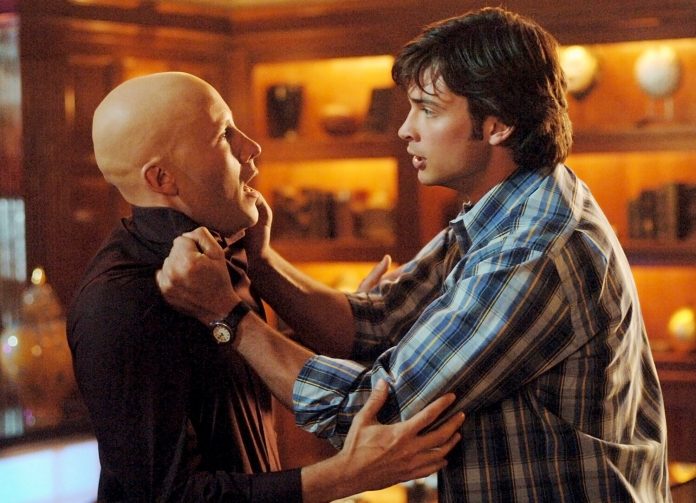 During DC FanDome, the stars of Smallville, Tom Welling and Michael Rosenbaum surprised fans with a celebration of the show’s 20th Anniversary!

Today marks 20 years since Smallville aired its first episode. The iconic series remains a fan favorite and people have been online all day sharing their memories of the show.

DC didn’t forget either, and marked the occasion by bringing Tom Welling and Michael Rosenbaum together “on stage” for a conversation about the show, it’s impact, and their memories. Watch it here:

If you’re looking for your own way to celebrate, don’t forget next week (October 19th) brings Smallville, the complete series, to blu-ray for the very first time!

The groundbreaking, Emmy-winning 10-season hit that redefined the origins of the world’s greatest super hero is all here – from Krypton refugee Kal-El’s arrival on Earth through his tumultuous teen years to Clark Kent’s final steps toward embracing his destiny as the Man of Steel. Relive a decade’s worth of thrills in fantastic adventures full of action, heart and humor in abundance, all anchored by the marvelous performance of Tom Welling at its center. Savor again the series’ thoughtful and imaginative integration and reinvention of the iconic characters of DC lore. And let your spirits be lifted up, up and away.

Keep it here on Cinelinx for all the DC FanDome updates!