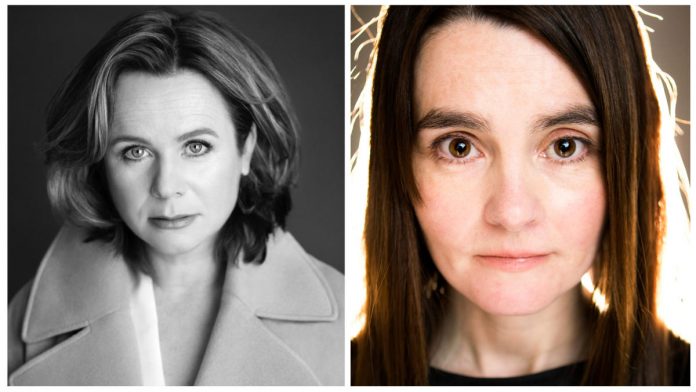 This afternoon brings the first bit of casting for the upcoming live-action Dune series, The Sisterhood, including details on who they’ll be playing.

At last, finally some new news on Dune: The Sisterhood. It’s been a bit since anything about the upcoming prequel series (which takes place thousands of years prior to the events of Dune) has come out. Some of us worried it would potentially get the axe, like too many other HBO Max shows have recently. Thankfully, today brings some good news in the form of casting!

Today, Legendary and HBO Max have announced Emily Watson and Shirley Henderson will star in the series and will be portraying Valya and Tula Harkonnen respectively. The sisters were originally featured in the ‘Great Schools of Dune‘ trilogy from Brian Herbert and Kevin J. Anderson (a follow-up to their Legends of Dune trilogy), debuting in Sisterhood of Dune.

To be honest, I wasn’t sure how far back in the past they were going with this series, but this certainly firms it up and I’m eager to see how these characters, with no attachments to the original story (or even original author) are expanded.

As their surname implies, Valya and Tula already have a problem with Atredies, but managed to grow into prominence within the budding Bene Gesserit order. In the novels, they used these skills to try and kill off Vorian Atredies (and his large family) in the search for revenge, which leads to some interesting complications. I’m curious to see if the show will seek to adapt some of those elements, or pick up the story AFTER that and show what comes next. Either way, I’m excited!

DUNE: THE SISTERHOOD is told through the eyes of a mysterious order of women known as the Bene Gesserit. Given extraordinary abilities by their mastery of the body and the mind, the Bene Gesserit expertly weave through the feudal politics and intrigue of The Imperium, pursuing plans of their own that will ultimately lead them to the enigmatic planet Arrakis, known to its inhabitants as Dune.

With casting already going down, hopefully this means filming isn’t too far away!