Another Avenger has arrived on Disney+ and we are off to a great start with the first two episodes of the Disney+ Original Series, Hawkeye, releasing this week.

Hawkeye‘s opening is genius; showing a young Kate living in a New York apartment with her parents in the middle of the Battle of New York. She sees an ordinary human save her and fight Aliens with a bow and arrow and becomes inspired to do the same. The loss of her father motivates her to try and protect people and be just like the hero who saved her. This is then followed by some stunning opening credits, which take us through her journey as an athlete. Opening the show with the new Hawkeye rather than Clint was a bold move that worked perfectly, giving us such a contrasting perspective to Clint shortly before seeing the reality of his life.

When the show brings us to Clint, he just wants to spend time with his family at Christmas. Since Avengers: Age of Ultron Clint has tried to retire and be with his family at every chance. He always stepped up to the fights because he had to; never because he wanted to. The show gives a great establishing personality to him with that in mind. He’s an exceptionally skilled person who is obligated to fight the good fight. He is a superhero and he is always going to step up to that, but he’d rather not have any of the status, fame, or bother that comes with it. For a character who was one of the least developed of the original six Avengers, it’s great to see him get that attention in a 6-hour series.

The biggest appeal of the show, to me, was its two leads. The show does not have a definitive lead as much as Kate and Clint evenly share screentime with their own intersecting stories. Kate is a fantastic addition, with a fun and fantastic performance from the talented Hailee Steinfeld. The character’s wide-eyed admiration of her hero is contrasted by Clint’s lack of interest in any of the adoration his superhero life has garnered him, is a dynamic that characterizes both well.

While Clint is a superhero and somewhat bored by that, Kate aspires to be just like him…At least her image of him. The hero she has admired since her childhood is this beacon of self-achievement and perseverance that inspires Kate to strive towards the same skills. This is an angle that I love; showing someone who also has no powers see that and be motivated by it, gives an endearing dimension to the Hawkeye appearances over the years. I think his influence on Kate will be something we see him become increasingly aware of and will potentially teach him that being an Avenger is more than just a job.

While minimally addressed in these first couple of episodes, Clint’s post Endgame mentality is something I hope to see more of in the show. When seeing the cringe-inducing “Rogers the Musical”, he starts having a panic attack upon seeing a performer playing his best friend, Black Widow. Then a little girl wearing her hair like Natasha waves at him and it all becomes too much. Despite the show taking place 1-2 years after her death, it has stayed with him. With the inevitable appearance of Natasha’s adopted sister, Yelena, this is an intriguing element that will surely be explored with even more depth through the rest of the series. Natasha sacrificed herself so Clint could get his family back; so how is he going to feel knowing she had a family too?

The tone and setting of the show manage to make it very distinct from previous Disney Plus shows. Despite it being the MCU’s 31st entry, that difference is something Phase 4 has managed to largely maintain with each project. Surprisingly, the street-level, low-stakes nature of the show is something we have never seen in the MCU before. And yet, getting a simple story around stopping criminals and solving murder mysteries gives it a great contrast to the world-ending threats we’ve seen Hawkeye tackle over the years. In many ways, these lower stakes feel like Hawkeye is in his element. For years he was a SHIELD spy, before he could flaunt his Avengers status and get in anywhere. Here, he dons a disguise and sneaks around, and it’s great to see him put somewhere he isn’t out of his depth and can excel.

In that simpler and more grounded tone, we get a great minor detail that makes Clint a far more fleshed-out character: the mundanity. Being a regular person, though exceptionally skilled, makes him a lot more vulnerable than his superhuman peers. After a brief fight with the Tracksuit Mafia, one of his first stops is buying first aid supplies for him and Kate. He needs to clean wounds and close them correctly, while helping Kate stop a cut from getting infected. It’s a minor detail that gives Clint vulnerability other heroes don’t quite have. Black Widow had similar ideas with Nat fixing a cut on Yelena’s arm and an earlier comment from Yelena; “You think the God has to take an Ibuprofen after a fight?”.

On this note, we also get a big element of Clint’s comic book character introduced to the MCU’s version, his hearing loss. For years Clint has been a great representation in the Marvel comics universe for the hearing impaired. Now the MCU has brought this to their interpretation. Including Echo and Makkari, the MCU has brought 3 major deaf characters in, and it’s fantastic to see.

Clint’s hearing loss only benefits his characterization as well. He’s vulnerable and can get hurt and after a decade of fighting bad guys, he doesn’t even know what caused it. It’s a great joke at the moment but also another element that turns this character into a more likable and three-dimensional personality.

As far as the action in the series goes, it’s solid but nothing has stood out yet. It’s entertaining but fails to give any unique or particularly interesting action and as a result is largely not particularly memorable. That’s not to say it’s bad, just a bit generic at the moment. Based on released footage, I feel this might be something that changes once the archery becomes a more active part of the show’s action. It’s not that choreography seems bad as much as the quick editing keeps the action from flowing and instead makes it somewhat choppy.

Villains are yet to be particularly set or characterized. The Tracksuit Mafia is your generic but funny goon. Kate’s mother and soon-to-be Step-Dad seem set to take some villainous role later on in the show, but this early on I can hardly critique when Echo is going to play majorly in next week’s episode and reveals will inevitably ensue.

Overall, Hawkeye took a character that has always been pretty “okay” and did everything right to make him more interesting. Couple that with a fantastic comic book character played by an equally fantastic actress and you have a fun grounded superhero story that we didn’t know we needed. 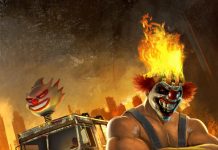 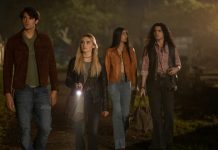 The CW Releases Trailer for Supernatural Spinoff ‘The Winchesters’ 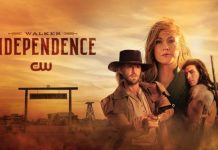