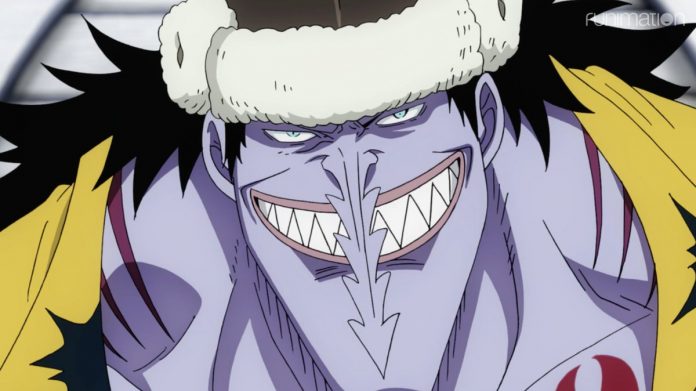 The live action One Piece Netflix series cast continues to take shape. After revealing who would play the original members of the Going Merry, Netflix has now begun filling the roles of characters who appear in the East Blue arc, the first arc of the One Piece series. They announced the latest castings via their twitter account.

Koby, Alvida, Buggy, and Helmeppo were bound to be in the 1st season. So there isn’t much surprise there. While they show up later in the series, it would be a surprise if any one of them are around for very long. Only Buggy really shows up in a recurring role.

However, what is the biggest surprise is the announcement of Garp. Without spoiling his backstory, he plays an important role but he doesn’t show up until the Water 7 arc, which is too far away for this series to cover in season 1. That said, the character does show up in the East Blue briefly to take some characters under his wing. It could be that an entire episode is dedicated to those characters’ development.

If it isn’t already obvious, I’m fascinated by this casting news. I’ve wanted them to stay in the East Blue and to not even touch the Grand Line in the first season and it appears that’s the plan. I just wonder who will play Shanks, Mihawks, and Smoker now.

The live action One Piece series will be released exclusively on Netflix.