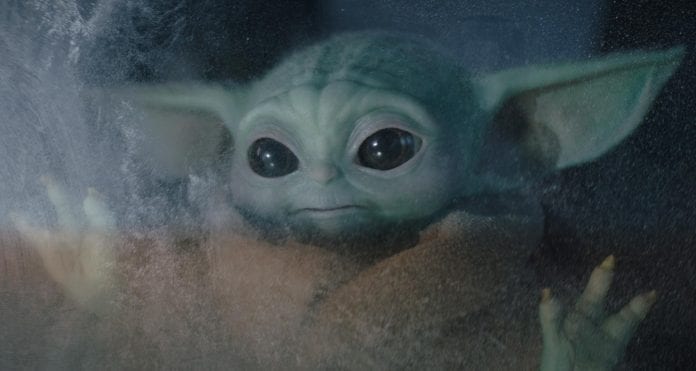 The latest episode of The Mandalorian has arrived, taking Din off of Tatooine and up against yet another monstrous creature. Check out our recap!

It’s Friday, which means Disney Plus has dropped a brand new episode of The Mandalorian. Chapter 10, “The Passenger,” takes us off of Tatooine and into some trouble as the quest to find more Mandalorians continue and I’m here to break it all down for you!

If you missed out on last week’s break down, be sure to check out our Chapter 9 thoughts here. As always, we’ll be diving headfirst into spoilers, so be warned if you haven’t watched it yet.

As expected, we kicked off this week back on Tatooine as Din Djarin heads back to Mos Eisley with Boba’s armor and a need for a new lead. He quickly runs into trouble on his way back, being stopped by a group of scavengers(?). Either way, they don’t last long and kicks off the episode with another reminder of how Din can handle himself.

Not to mention we get to see the bond between him and the Child as he’s in full on parental mode. The Child running back into his arms after the rescue is heartwarming and shows the amount of trust that’s built in the time they’ve spent together.

Where the last episode had moments with The Child, “The Passenger” put their relationship front and center, even amid all the action that takes place. It’s something sprinkled all throughout the episode, though this intro sets the tone for it.

Once Mando eventually makes it back to Mos Eisley, he finds Peli in the middle of a game of Sabacc with “Dr. Mandible” who claims to have a lead on more Mandalorians in hiding. The source of the information comes from an unlikely alien creature referred to only as the “Frog Lady.” Her information comes with a price: safe passage to her planet. It seems like a simple request, but comes with caveats.

She’s on a mission to meet with her husband in order to fertilize the eggs she’s carrying in a container. These eggs represent the last chance for her bloodline to continue and are in need of special care. As such, the trip requires that Din cannot use Hyperspace to travel. Though the distance is short enough to not be an issue, the slower pace puts them at risk.

The Frog Lady assures him that her husband has seen Mandalorians on the planet Trask (in the Kol Iden system). Not just one, but several, and likely a complete covert. Considering the potential, and a general lack of any other possible leads at the moment, Din decides the risk is worth it.

Surprisingly, the biggest risk comes from the New Republic as a pair of X-wings spots the Razor Crest and try to get confirmation on his vessel. Wouldn’t you know it, they recognize his transponder from the attack on the Prison ship last season. In fact, this episode has a few connections/payoffs from the Chapter Six episode.

Chapter Six was when Mando had to help his old crew of scoundrels infiltrate a New Republic prison ship to bust out a prisoner being transported. Turns out the New Republic doesn’t forget about such things and the job put another target on Din’s back. Hell, one of the X-wing pilot’s is none other than Trapper Wolf (Dave Filoni!) who was featured at the end of that sixth episode.

Din makes a run for it and while he manages a daring escape from the X-wings, finds himself wrecked out and in a cave on an icy planet. Sadly, their prospects don’t get any better and time is running out for Frog Lady’s eggs. She even uses the blasted out remnants of the Q9-0 bounty hunter droid (also from Chapter 6) to rig an impromptu translator to communicate.

Their troubles are far from over, however, as the cave they find themselves trapped in isn’t devoid of life….

Much like the last episode saw Din fighting against a giant monster, “The Passenger” saw him go against another manner of monster: giant Ice Spiders. Let me tell you, I am all for having this show be some sort of Mando vs. the Monster of the Week type of show. Star Wars and big monsters feels like a concept that’s built specifically for me and I can’t be mad about it.

This episode’s monsters come in the form of various spider-like creatures, pulled directly from the Ralph McQuarrie concept art (a creature he initially created for Dagobah during The Empire Strikes Back). Ranging in size from tiny to massive, it takes everything Mando has to fend them off, and even then he needs a helping hand. The final action sequence plays out like an old-school creature feature and left me on the edge of my seat.

One of the things I’m still wondering is whether or not these ice spiders are Kryknas. Krykna spiders were introduced in Star Wars Rebels, where they gave the Ghost crew trouble on the hidden base in Atollon. We know the Kryknas were based on the same McQuarrie concept art, but there’s no denying some key differences between these two kinds of spiders.

Perhaps it’s nothing more than a difference between animation and live-action stylistic choices and the creatures we see in Mandalorian are Kryknas as well. It’s a cool connection either way, and the galaxy is plenty big enough for more than one kind of massive spider.

The monster experience once again brings the focus of the Child and Din into light. The Child continually seeks comfort from Din, rushing to him when distressed, and even snuggling up when cold. It’s cute and adorable, yes, but does a great job of showing how the dynamic between them has evolved. It makes you wonder what will happen whenever Din manages to find the Child’s people/home…

Humor, Action, and Where We Go Next

While I’ve already seen some viewers out there decrying this as another “filler” episode, I am having a hard time seeing that as the case. It very clearly sets up the next phase of Din’s search and I’m sure Chapter 11 will see him reach the Frog Lady’s planet and (hopefully) to the new Mandalorian covert. Sure, there’s some “sidequest” aspects to the episode, but it’s clearly moving the story forward.

To be honest, I’m very surprised we didn’t see any payoff of Boba Fett this time around, which I think many were hoping for. I figured we’d see him meet up with Din before he took off in Mos Eisley and THAT would be the catalyst for Din’s next lead on tracking down the Jedi.

Alas, that wasn’t meant to be and I’m curious to see how they’ll bring Boba back into the show later on this season. If I had to GUESS, I’d say Din heads back to Tatooine to recruit Cobb Vanth to help him against Gideon (much like how he recruited his other friends last season) and runs into Boba trouble there. Again, that’s just a guess but unless Boba ends up leaving Tatooine to track his armor down, I’m not sure how else they’d meet.

So what we’re left with in “The Passenger” is an episode that’s equal parts humorous, heartwarming, and action packed. Seeing Din try to keep control of The Child, acting more and more like an unruly toddler, is pretty great. The Child’s obsession with food, and those poor eggs, kept me consistently cracking up through the episode. The humor provided a much needed break from some of the more tense moments, while feeling naturally placed.

All in all, this was another stellar episode. While it may not have had the same punch/impact as the premiere (where we got to see Cobb Vanth and Boba Fett), it shows the continued potential of this series. From being able to develop dynamic character relationships, continue to expand on existing lore while incorporating elements from the whole franchise, and deliver a fun experience, The Mandalorian keeps working.

While I’ve already mentioned some of the big Easter eggs (namely the spiders and the return of Chapter Six characters/plot threads) there are still a handful of cool things sprinkled throughout.

Paul Sun-Hyung Lee – Known for his role in Kim’s Convenience, the actor is already well known for his Star Wars love. Now he’s in it! He played the other X-wing pilot, Carson Teva, flying alongside Filoni’s Wolf.

Dr. Mandible – it seems no coincidence that the director of the Ant-Man films (Peyton Reed), who also directed this episode decided to put a giant ant-like creature in the show.

Idiot’s Array – while it’s been mentioned in a few canonical books/comics, I think this is the first time we’ve actually heard the term “Idiot’s Array” in live-action. It’s a winning hand for Sabacc, one which has origins in the old Expanded Universe material, so it’s always neat to hear.

[Update: Even a big Star Wars nerd like myself gets stuff wrong! Apparently the phrase Idiot’s Array has popped up in live-action before in Solo, while also getting a Rebels mention. I’ll go hang my head in shame now. Thanks to Mollie Damon from Star Wars Explained for the correction.]

Gigoran – in the Cantina at the beginning of the episode we see what appears to be a member of the Gigoran species near the bar as Din walk’s by. Is the same species as Moroff in Rogue One.

Misty Rosas – The actress who provided the physical performance for Kuill last season returns and portrays the Frog Lady!

Dee Bradley Baker – The voice actor fans will recognize as the voice of ALL the Clones in The Clone Wars series lends his talents to give the Frog Lady her unique language.

Treadwell Droid – The WED-15, better known as the Treadwell droid pops up in this episode. Originally seen in A New Hope, it’s just another fun Tatooine connection.

An Iconic Phrase – In his attempt to appear non-threatening, Din tells the New Republic fighters, “May the Force Be With You.” While Din obviously had no clue about what the Force is, it’s neat to see how the phrase has become synonymous with the Republic.

That’s all for this week’s episode! I had a blast and am very eager to see what happens next week when we finally get to the planet Trask. What’s interesting is that so far, just about all the footage seen in the trailers has come from these first couple episodes.

I’m guessing that water world is what we’ll get next week, which also seems like where we’d end up meeting whoever Sasha Banks is playing. If that’s what happens, we could be in for some big story developments next week.