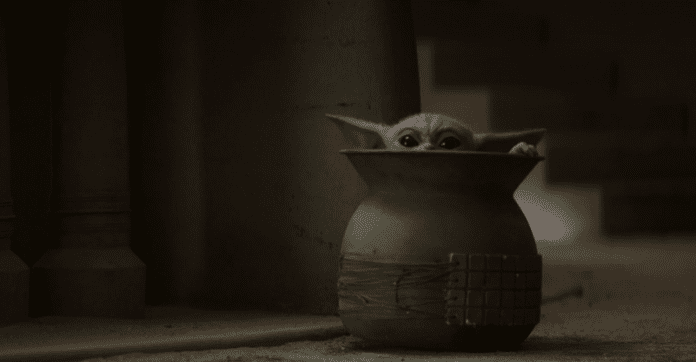 The second season of The Mandalorian kicked off with a bang, setting the stage for the rest of the season and more. Here, we talk about it all!

With the return of The Mandalorian on Disney Plus we’re bringing back our season recaps! As always I’ll be breaking it down with heaps of spoilers, so if you haven’t watched the episode yet, you might want to turn away and come back later to see what it all might mean for the future of the season…

If you needed any more indication that the new season is meant to be a direct continuation of the events from the before, look no further than the title. Today’s episode is Chapter 9, following on from the numbering system in the previous season.

“The Marshal” picks up with Mando heavily invested in his quest to find the home of The Child. Knowing only that the Mandalorians and Jedi have history together, Din Djarin has decided the best course of action is to track down more of his own kind to see if they hold any clues to finding more Force-users.

This brings him to Gor Koresh, an Abyssin who seems to have some ties to the underworld. More than likely a minor crime boss, but Din has come to him for information about another Mandalorian and where to find them. This is where we get to see the Gamorreans fighting from the trailers, as well as all the graffiti that has been a big part of the marketing so far.

So yeah, a big chunk of the footage we’ve seen in trailers is actually pulled from the first 5 minutes of this episode! Don’t get me wrong, it’s a great intro and helps set the stage not only for the contents of this episode, but likely the entire season. Din’s quest to find more Mandalorians feels like it’ll be the driving factor for the season which could see him cross paths with a number of important characters and get in all manner of problems.

After an impressive opening fight sequence in which we’re reminded of how much ass Din can kick, Gor Koresh finally gives up the promised information. The Mandalorian he’s heard whispers of is hiding out on Tatooine…

That’s right, the first episode brings us back to Tatooine, last seen in Chapter 5. Once again we get to see Amy Sedaris’ Peli Motto, who was easily one of the best parts in the previous Tatooine episode (which I’ve long held is probably my least favorite episode of the show). It was fun seeing her get excited about seeing the Child again, as well as a glimpse at how the events of last season’s finale has changed Din’s attitude regarding droids.

She manages to give Din some information on a supposed lost settlement called Mos Pelgo. Though it had disappeared off the maps thanks to bandits after the fall of the Empire, it could be an ideal place for a Mandalorian to be hiding. Hopping on his speeder from before, Din sets out and finds Mos Pelgo is still around, though little more than a tiny settlement.

It’s here that he meets “The Marshal,” a man wearing some all too familiar armor. This is no Mandalorian, however, but none other than Cobb Vanth (played by Timothy Olyphant as previously rumored)! If you’re unfamiliar with Vanth, he’s actually a character first introduced in the Star Wars: Aftermath novels. His interludes tell of him rescuing “Free Town” from bandits with the help of some Mandalorian armor he acquired from Jawas.

That could easily fit the bill for Mos Pelgo’s story, though there seem to be some minor differences. Cobb tells Din the story of how he acquired the armor via a flashback that takes us back to the second Death Star blowing up and the citizens rejoicing. As he escapes attacks from the bandits he wanders the desert for days until rescued by Jawas. It is here that he finds the armor and manages to barter for it.

That’s MOSTLY the same as the story of Cobb Vanth in the novels, though there’s no mention of the Baby Hutt he was helping to take care of or anything of that nature. Still, it’s a neat connection and always nice to see characters from the book make the jump to live action. As was heavily implied by the books, the armor is indeed Boba Fett’s. While it’s more weathered and beaten, there’s no denying it.

Anyway, Din isn’t happy to see a non-Mando wearing the armor and the two strike a deal to get it back. Help Cobb take out the Krayt Dragon who’s been terrorizing the town and the armor is his.

This forms the crux of the episode as Din and Cobb work together, with the help of Tusken Raiders to take out the massive creature. While we’ve heard the Tatooine creatures plenty of times in Star Wars, and it features plenty in various stories from the Legends era, this is the first time we get to see one in action…and it’s amazing.

For me, this has to be why I loved the episode so much. It’s pretty much a giant monster/kaiju movie as they work together to find a way to kill it. This thing is MONSTROUS and the visual effects used to bring it life are on the same level as what we’ve seen in the movies. It was damn impressive and will make for some fun re-watch value.

It also gives the jetpacks time to shine, while implementing some really fun elements from Legends stuff. Most notable seems to be Knights of the Old Republic. At one point in the game, you have to kill a Krayt Dragon in order to proceed. Doing so requires you to plant charges around the mouth of its cave while baiting it to come out with Banthas.

Sounds familiar, right? Even though the design is obviously very different, the similarities feel more than coincidentally. Hell, just like in the game, once it’s dead they were able to harvest the Krayt Dragon Pearl. The pearl itself is interesting and has a number of mentions in Star Wars (both in Legends and Canon). Namely, it’s supposedly made/formed out of Kyber, which means it could potentially be used for a Lightsaber.

What Do We Go Next?

Din ultimately ends up with Boba’s old armor, as promised, and rides off into the dual sunsets. From thee horizon, however, there’s someone watching him. As the lone figure turns around and we see it’s Temuera Morrison, which means it pretty much has to be THE BOBA FETT.

Morrison played Jango in Attack of the Clones, who formed the template for the Clone army used by the republic. As revealed in the movie, Boba turned out to also be a clone of Jango, one he was raising as a son. So yeah, Boba Fett did in deed survive his encounter with the Sarlacc and has been roaming around Tatooine in the years since Return of the Jedi.

The big question is what happens now. It’s been years since the Empire fell and years since Cobb Vanth took the armor initially. It seems like Boba could have come to reclaim his armor at any point if he’d wanted to. Has he been living in some sort of exile, content to let the events of the galaxy pass him by?

If that’s the case, then why would he venture out of hiding now? Is the allure of seeing another, true, Mandalorian (Din Djarin) too much for him to stay back?

I have a feeling we’ll find out in the next episode. Unlike the previous Tatooine episode, it doesn’t end as Mando takes off in the Razor Crest. Instead, we only see him heading back towards Mos Eisley, which means the next episode might pick up where this one left off.

As such, we could see the two meet-up before he takes off, which could help move the story of the season into the next phase. Boba has had plenty of dealings with Jedi (from Attack of the Clones and The Clone Wars), so he would have plenty of information to offer Din on his quest. Information that could then lead him to other locations from Jedi history…

The potential is an intriguing one and leaves me foaming at the mouth at the possibilities of what we could see (even beyond the other rumored cameos). As a setup for the season, Chapter 9 does exactly what it needs to: delivers on impressive action, picks up threads from the first season nicely without confusion, all while setting the stage for the overarching story to come.

As was the case in Chapter 5, our return to Tatooine is filled with a plethora of Star Wars Easter eggs for fans to pick out. This time around, thankfully, they aren’t nearly as in your face and over the top. They flow more naturally from the story, making them fun nods rather than overt fan service.

The Droid Gotra – Early on, Gor Koresh mentions the “Gotra” which in Star Wars would likely mean the Droid Gotra. It’s a crime syndicate formed up of independent droids who seek complete emancipation. They’ve been mention heavily in Canonical novels about Solo (Most Wanted and Last Shot), while also popping up in the Doctor Aphra comic.

R5-D4 – Probably the most recognizable cameo is R5, the little droid from the original Star Wars who’s server malfunction prompted Luke and Uncle Owen to buy R2-D2 from the Jawas instead! It’s a neat cameo brought about by Peli, and something for fans to chew on. Considering I’ve heard he may actually pop up in the Kenobi series as well, this little droid is getting quite a bit of love.

Cobb’s Speeder – As Din and Cobb travel, we see that Cobb’s speeder bike is cobbled together from a Podracer engine. An engine that looks an AWFUL lot like the one Anakin used in The Phantom Menace to win his freedom.

Since Anakin left to join the Jedi soon after the race, there’s no telling what happened to his podracer. While there are some differences, there could have been modifications made to it over the years by various owners. Either way, it was neat to see.

John Leguizamo – While not necessarily a Star Wars Easter egg, it might be surprising to learn that John Leguizamo is the voice of Gor Koresh in the opening!

Tusken Massiff – The dog-like creatures (known as Massiff’s) originally seen in the Tusken camps in Attack of the Clones make an appearance once more!

I’m sure there were a great number of other Easter eggs I missed, but these are the major ones that gave me the most glee. As I watch the episode again and notice more, I’ll be sure to update the article!

It’s good to have The Mandalorian back. The over the top action in the episode shows that we’re in for quite a treat this season as well as giving us a glimpse of what’s to come. While some niggling issues remain, I’m more than eager for next Friday’s episode!