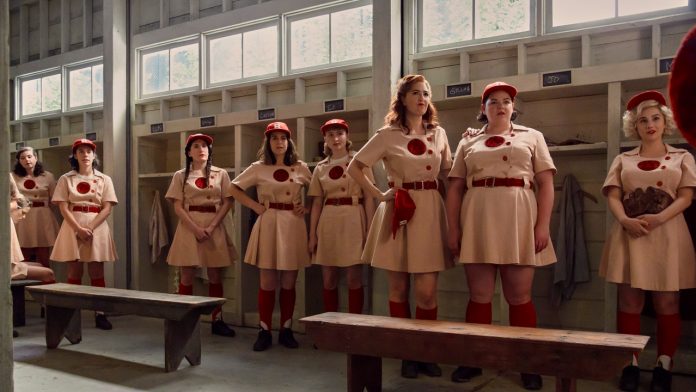 This morning, Prime Video released the first (brief) teaser for the A League of Their Own reboot series, which arrives this August.

Without hyperbole, A League of Their Own remains one of my all time favorite sports films. I watched it a BUNCH as a kid and it still rules to this day. As such, I’m curious to see how this TV series reboot will hold up compared to it. While this super short teaser doesn’t offer much on the story side, I’m digging the overall tone/vibes it sets down.

A League of Their Own evokes the joyful spirit of Penny Marshall’s beloved classic, while widening the lens to tell the story of an entire generation of women who dreamed of playing professional baseball. The show takes a deeper look at race and sexuality, following the journey of a whole new ensemble of characters as they carve their own paths towards the field, both in the League and outside of it.

All eight episodes of A League of Their Own hits Prime Video on August 12, 2022.