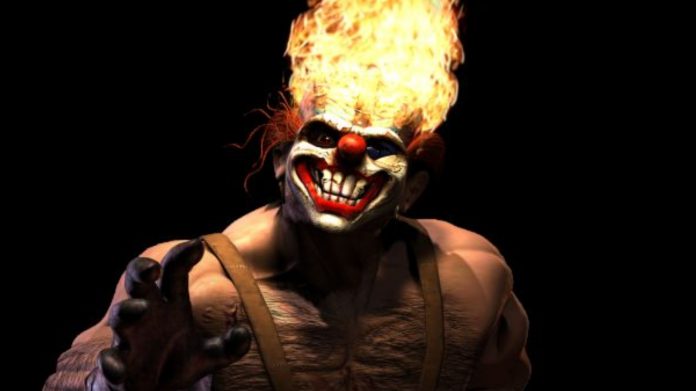 The iconic killer clown from Twisted Metal has been cast in Peacock‘s live-action series; bringing Will Arnett voice talents to the character.

When you think of Twisted Metal, undoubtedly one of the first things that pops into your head is an image of Sweet Tooth. The sadistic clown (and his ice cream truck) has been the poster-child for the franchise pretty much since it’s inception. As such, I’m sure the showrunners for the live-action series thought long and hard about who could bring him to life.

I think they did pretty well!

Today brings word that Will Arnett has joined the cast of the upcoming series (which also brings in Neve Campbell and Thomas Haden Church). Considering he’s also serving Executive Producer and helped bring the show together, I’m thinking this was something they’d had in mind for a while.

Arnett will provide the voice of Sweet Tooth (implying someone else will fill out the bulky, muscle-bound killer in physical form), who is described as: “A lover of chaos, this majestic rage-filled killer dons an ever-smiling clown mask and uses “Lost Vegas” as his own personal kill-ground, all while he drives his infamous doomsday ice cream truck.”

While I started off fairly indifferent to the idea of a Twisted Metal show, the cast they’re bringing together has continued to pique my interest. Can’t wait to see what they’re doing with this one.