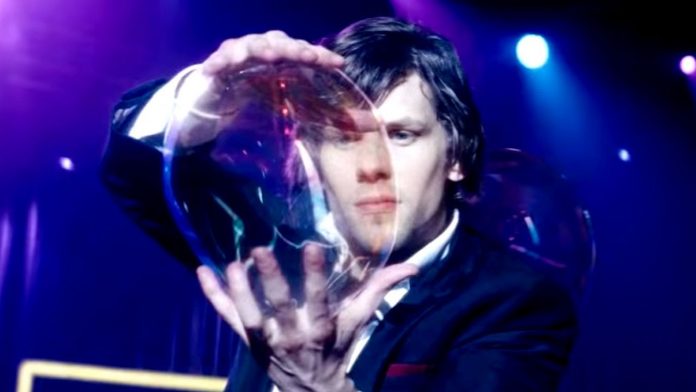 A director has been found for the third installment of the Now You See Me franchise.

It’s been announced that Ruben Fleischer, who previously directed Venom and Uncharted, will be helming the upcoming Now You See Me 3. The film will follow the ongoing exploits of the Four Horsemen illusionists. It’ll be interesting to see what they’ve gotten up to in all this time since the previous installment, Now You See Me 2, came out in 2016.

“There are three things in this world I absolutely love… Jesse Eisenberg, Woody Harrelson and magic,” Fleisher said in a statement, acknowledging his work with Eisenberg and Harrelson in the Zombieland films. “To have the chance to work with these two talented actors, as well as rest of the incredible cast of the Now You See Me movies is a dream come true. I am a lifelong fan of heist movies – I love getting drawn in by the twists and the mystery where nothing is what it seems. And that’s even more true when the thieves are magicians – the opportunities are endless.  Eric was able to unlock a fresh and exciting way into a new movie and fun new characters, so I’m excited to dig in even further.”

There’s currently no indication when Now You See Me 3 will enter production, though it is known that Seth Grahame-Smith is currently working on the script.

What do you think of Ruben Fleischer being brought on board to direct Now You See Me 3?