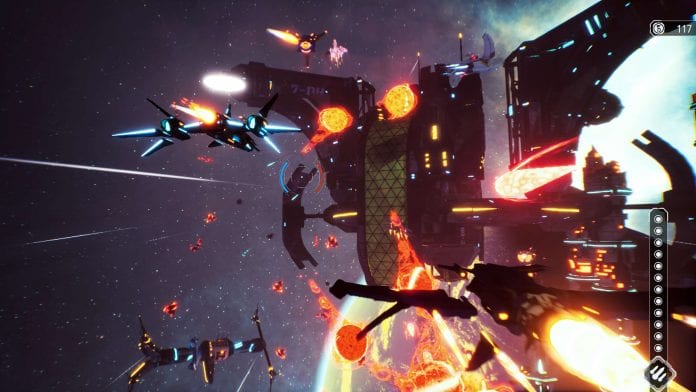 Back in 2016, Italian video game developer 34BigThings launched their debut title “Redout” on PC to a overwhelmingly positive reception for players. It released as a racing game within the same vein of the likes of classic racers like F-Zero, Wipeout, and so on.

Next month, 34BigThings will release the prequel for the racing epic with the arcade space shooter Redout: Space Assault. Today, they launched a new trailer with the official January 22, 2021 release date for console and PC.

A prequel to the original game, Redout: Space Assault is a single-player sci-fi shooter that takes the best features of the series — fast, epic pacing, high-skill gameplay and eye-popping aesthetics — and combines them with new weapons and spaceflight mechanics. Featuring full vehicle customization and a wide variety of missions that will keep you on the edge of your seat, Redout: Space Assault delivers intense action with engaging roguelike elements across astonishing space battlegrounds.

Redout: Space Assault is set to launch on console and PC with a bevy of features, including:

Redout: Space Assault will release on January 22, 2021 for Xbox One, PlayStation 4, Nintendo Switch, and Steam. The game is out now on Apple Arcade.