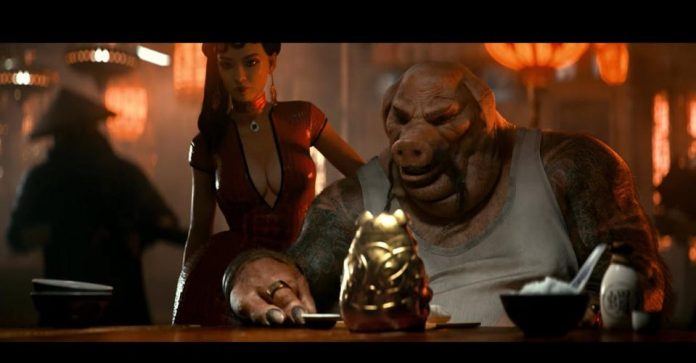 Ubisoft saved the best for last and revealed a cinematic trailer for Beyond Good and Evil 2. The trailer is purely cinematic with no gameplay, and hardly any details, but that doesn’t make it any less exciting.

Journey to System 3, for the prequel to one of Ubisoft’s most beloved games! Fight alongside unforgettable characters in a stunning new solar system, as you struggle for freedom and the right to determine your own fate among the stars. Play the adventure by yourself or with friends in a vast and seamless online playground.

Beyond Good and Evil 2 is the spiritual successor to the cult classic, a prequel that will transport players into a profoundly multicultural world, capturing the spirit of the original with grandiose decors and intense dramas that play out across a vast universe. Through the Space Monkey Program, Ubisoft Montpellier will be developing the game alongside its community of fans.

System 3 has become the center of interstellar trade and colonization in the Milky Way of the 24th century, thanks to the creation of Hybrid slaves. While private enterprises fight over resources and power, the first colonists weave together the rich and diverse spiritual and cultural heritages of Old Earth to give meaning to their existence. In this new era of piracy, we will rise from lowly pirate to legendary captain at the helm of massive star-faring vessels, adventuring alongside crews of colorful characters to fight for freedom and the right to determine our own fate among the stars!

Ubisoft did reveal you can “help them make the game” by heading to bgegame.com/, which seems to be down at the moment. They mentioned this after noting the game had an online component, so we assume it is multiplayer beta of some kind.

There is more to come so stick around!