Star Wars gamers who were upset they couldn’t play as Revan once more in the KOTOR sequel wouldn’t have been any happier had BioWare made the sequel. Apparently they had other plans for the iconic character as well.

This month marks the 15th anniversary of Knights of the Old Republic II: The Sith Lords (tomorrow to be precise). To mark the occasion I spoke–at length–with The Sith Lords’ creator director, Chris Avellone, about all things related to the game. I’ll be sharing our full interview tomorrow, but there is one piece of information I thought diehard Knights of the Old Republic fans would be most interested in pertaining to Revan.

There were a number of reasons why players weren’t able to carry on the story of the first game’s primary playable character in the sequel (some of which we go into more tomorrow). It wasn’t a decision Obsidian came to lightly, but apparently having Revan be a non-playable character was a choice BioWare had made as well!

In 2017, in an interview with Eurogamer, James Ohlen, the Lead design on KOTOR, revealed BioWare had actually put together a short two-page story treatment for a sequel. Of course, this was before they ultimately passed on developing KOTOR 2 themselves (which led to the creation of Mass Effect and Dragon Age!).

The treatment initially posited that a Yoda-like character would be your mentor and train you for the first half of the game. The twist, ultimately, would be this person turns out to be a villain who wanted you (the player character) to be his dark enforcer as they conquered the galaxy. Apparently that wouldn’t be the only big twist for players to expect.

While discussing KOTOR 2 with Avellone, he revealed that Revan was part of the Bioware sequel treatment. From what he knew about it Revan was “potentially going to be the main adversary of the second game (which I thought was pretty cool, and would have considered that if there was time).”

It’s a small tidbit of information, but interesting to see that both of these studios ultimately decided to keep Revan out of the stable of playable characters for the sequel. Who knows what might have been, but the idea of Revan as the villain, once more, is interesting. Obviously for a short treatment (one which was probably throwing out a few general ideas rather than a fleshed out plan), there’s a lot left unsaid about how that would play out for the larger story, and the interaction with that Yoda-being. Regardless, it’s a fun look at what could have been.

The idea of Revan as an antagonist has been explored in The Old Republic MMO (which Ohlen was the lead on as well), so perhaps his adventures in the Shadow of Revan expansion is akin to what players might have seen once upon a time.

For more fun details about the making of Knights of the Old Republic II, be sure to come back to the site tomorrow for our full interview with Chris!!

Editor’s Note: I reached out (though multiple channels) to James Ohlen over the last couple months to try and see about getting more clarifying information on the treatment, but at the time of this report, haven’t heard back. 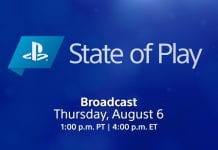 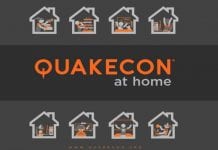