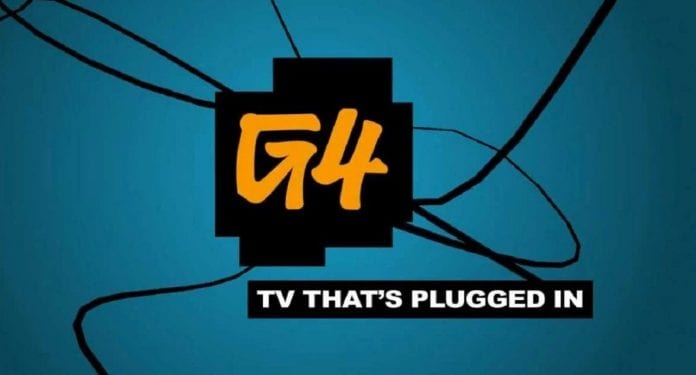 This past week delivered the surprise reveal that G4TV was making a return. While we still don’t have the details on how, there are some shows I hope to see return with it!

I LOVED G4TV. I came into it during my college days and it blew me away. I’d been gaming for years, but aside from sharing that with a few local friends, there was no real sense of community in it for me. I didn’t have a computer in the house growing up, so interacting with fellow gamers online wasn’t an option…it was just me and some buds.

G4 TV, however, opened my eyes to how expansive gaming was not only as a hobby, but an industry and culture. Needless to say, when I wasn’t playing, that’s pretty much what I was watching. It may seem cliche, and there’s no denying some of the aspects of the channel are extremely dated now and haven’t aged well culturally, but I credit the channel’s many shows with sparking my own interest in writing about games for others.

With the exciting news that G4TV is making a return (even without any details on HOW), it got me thinking about some of my favorite shows and which ones I’d most like to see come back as well… Cheat! had a concept simple, yet useful, concept. Take a game guide and turn it into a half-hour show. Hosts would talk about the latest game releases, often providing helpful walkthroughs on top of general tips and tricks. Of course, actual cheat codes for games would also pop up from time to time (though those were becoming less common in games even back then).

It started as a fun show, even going so far as to send host, Cory Rouse, directly to developers to find the greatest secrets. Sadly, it turned into something of a jumbled mess with the G4/Tech TV merger happened back in 2004. The show lived on through host Kristin Holt (now Kristin Adams), but the fans just weren’t following. The concept lived on as a small segment on X-Play, but the potential for more is still there. Done in the retro 8-bit style featured in the games of yore, this quirky and brash cartoon is chock-full of video game references from all eras. Hell, it even featured health meters and ability bars at the top and bottom of the screen that constantly change throughout the show.

Following the antics of the lackeys from video game company GameaVision, it delievered everything from topical, game-specific humor to crude poop jokes. Despite fan support, the show only got two seasons (20 episodes all together) and it’s not the easiest to find and watch online.

For a little bit it was on Netflix, the first season is on DVD, and episodes periodically pop up on YouTube before being pulled down. Even re-sharing the previous seasons would be a great way to give the new G4TV extra content, while allowing a new audience to experience it and possibly give it another chance at life. Arena was as close as gamers got to having a professional sport to watch in the days before eSports was a thing. Taking a similar approach to traditional TV game shows, Arena pitted two teams of gamers against each another in a series of three different video game challenges.

It was a test of skill, and something all gamers could relate to, while giving gamer teams who competed at the big tournaments a chance to introduce themselves to the public. Remember this was a period of time long before Twitch and aired even before YouTube was launched (in 2005). Unless you attended these gaming conventions/tournaments in person, you didn’t know about these teams. Hell, most probably weren’t aware of a competitive gaming circuit in general!

Now that eSports is a major thing across the globe, Arena seems perfectly positioned for a return on G4TV. Not only could it showcase the best players in the world, it could work like an “ESPN of Gaming” providing highlights of matches from around the world. It could even stick to the basic gameshow format and give unknown gamers a chance to shine. Icons was in interesting idea in that it took a documentary approach to game making, and examined various games and creators. It gave viewers an in depth look into the people who made some of our favorite games, all while offering a better insight into the industry on the whole.

I loved it. Icons made the game industry more personable, and allowed us to learn more about our favorite game designers and what makes them tick. It’s a neat idea, but when G4 switched the show’s focus to be on general pop culture, the audience disappeared.  Considering the show was one of G4’s most actual journalistic endeavors it’s kind of sad it got the boot and it should absolutely come back. Of course this list wouldn’t be complete with a mention of X-Play! With a combination of news and reviews, Adam Sessler and Morgan Webb (yes, Webb didn’t join until 2003, but there’s no denying she’s as synonymous with the show as Sessler) made the world of gaming feel accessible to all. Between deep dives into specific titles and plenty of fun/goofy skits, the show felt as entertaining as it was informative.

For many, this show, and the hosts, were the face of G4TV. It’s probably one of the first shows to come to mind (aside from Attack of the Show) when you think of the channel. Considering the X-Play twitter account was one of those posting the G4TV return trailer, it’s a safe bet we’ll see this show back in a prominent position. The real question is whether or not we’ll get Sessler and Webb back in any capacity.

There are a number of other fun shows from G4TV I didn’t mention above. I know it seems like an oversight to not list Attack of the Show. Don’t get me wrong, I loved watching it and hope to see it again (albeit with 100% less Chris Hardwick). However, a “nerd variety” show isn’t exactly novel these days, whereas the others I’ve listed above still don’t feel like have significant analogs to watch today.

What do you hope to see come back when G4TV returns next year? Anything new you’re hoping for?