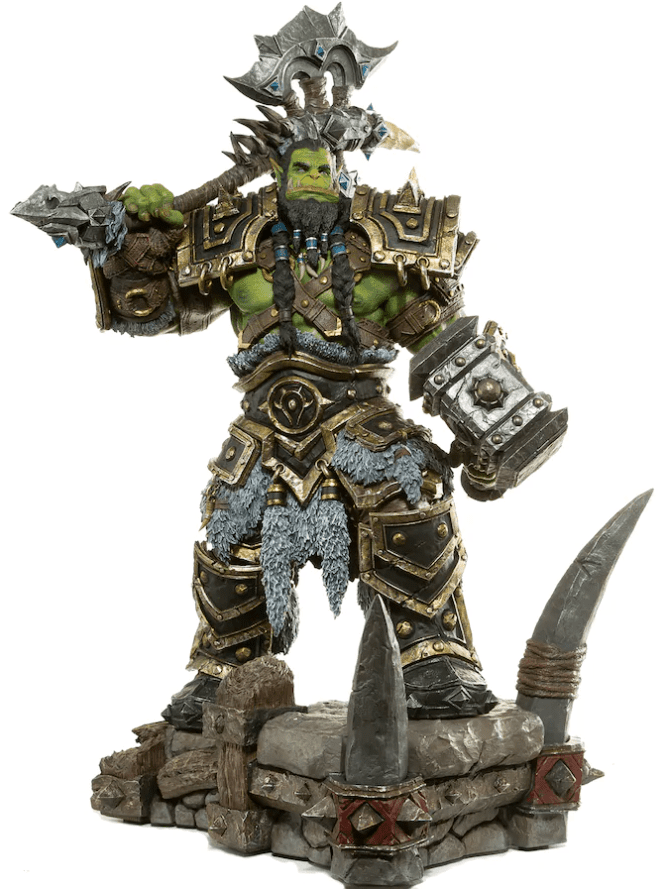 Last week, we reported that Blizzard was rolling out a whole new line of awesome World of Warcraft products to celebrate the release of Shadowlands. Now that Shadowlands is officially out, it appears that the Yeti mic, Gaming Chairs, and Compendium weren’t the only products releasing. “I straddle two worlds. I was raised by humans, but born an orc, and I have gleaned strength from both.” Slave. Gladiator. Warchief. Shaman. Diplomat. Hero. The orc Thrall has been them all. Trained to be nothing more than a weapon, Thrall escaped a brutal captivity, studying the ways of the shaman and becoming Warchief of the Horde. From leading his people to victory against their former demonic masters in war, to pursuing a just peace in Azeroth, Thrall’s history and dual nature have made him unique among the heroes of his world. Standing ready to once again serve the Horde, this statue will be a highlight of any World of Warcraft collection. The Shadowlands is home to an entire realm of the departed; it is a world between worlds whose delicate balance preserves life and death. Wherever you wind up, this game mat will ensure that you’ll go forth with smoothness and precision.

You can find more Shadowlands gear by visiting the official Blizzard Gear Store. Speaking of the Blizzard Gear Store, Blizzard has announced that they will be holding a special merch event called Blizzard GearFest. Starting November 2, the game company will be rolling out loads of merch for fans to gear up this holiday season.

Fans will see around 50 brand-new product releases across Blizzard and its popular franchises including Overwatch, World of Warcraft, Diablo, StarCraft, Hearthstone and Heroes of the Storm. This will bring new collectibles, exclusive pins, figures, books, apparel, gear and more launching on the Blizzard Gear Store.

Check back here when the new products arrive.