Nintendo’s new trailer for The Legend of Zelda: Breath of the Wild sequel was impressive and offered fun connections to Skyward Sword…

After a very long two years of waiting, The Producer of The Legend of Zelda series, Eiji Aonuma, finally showed us more footage of the Breath of the Wild sequel. It looks positively glorious. Moreover, they revealed new gameplay elements that should make the Skyward Sword remaster much more essential for players.

Earlier this year, in honor of The Legend of Zelda turning 35, Nintendo made the head-scratching decision to remaster The Legend of Zelda: Skyward Sword. As someone who has played and studied the series for most of my life, this was… certainly a choice…

When you look at the long history of The Legend of Zelda, Skyward Sword isn’t regarded as one of the best. Many wouldn’t even put it in their top 5, yet that’s the direction Nintendo chose to go. The reason for this lies primarily in the gameplay. Using the Wii controller’s players had to swing at enemies as if they were using a sword. It’s a cool idea in concept, but the execution was far from great. The motion controls weren’t always accurate and led to a lot of frustrating situations.

That said, despite its meh gameplay, Skyward Sword is undeniably one of the most important games in the series.

The timeline of The Legend of Zelda isn’t straight forward. There are lots of deviations and “what if”s that lead to other games in the series. For instance, Ocarina of Time leads to Majora’s Mask but only if Link beats Ganondorf in what’s referred to as the “Child Era.” Meanwhile, in the Adult Era, the next game would be Windwaker. Yet, if Link isn’t successful against Ganondorf in Ocarina of Time, the timeline shifts to A Link to the Past. It’s so wibbly wobbly that it would make even The Doctor have a hard time putting it all together.

Skyward Sword, however, is meant to sit at the very beginning of it all. It tells the story of how the Master Sword was created and even explains why Link, Zelda, and Ganondorf are forever destined to fight. As such it’s a story vital to the entire Zelda franchise.

Even so, fans were still confused about Skyward Sword getting the remaster treatment over other—more popular—titles like Twilight Princess and Wind Waker (though those are likely coming). After the E3 2021 Nintendo Direct, we may finally know why.

To close out the Direct, Eiji Aonuma took the stage and showcased four Zelda related things Nintendo is working on. The first was an Age of Calamity update, followed by a trailer for Skyward Sword HD, a fancy new Game and Watch version of the classic game, and ending with a gorgeous trailer for the Breath of the Wild sequel.

The Breath of the Wild sequel trailer had so much to unpack. It appears that Ganon has infected, perhaps even taken, Link’s arm and separated him from Zelda. Seems to me as if that cave they were exploring underground in the teaser from two years ago may have awakened a reviving Ganon under Hyrule Castle.

Whatever they did seems to have forced the aforementioned actions and led to Link getting a nifty new arm in the same design as the Ancient technology used with the Sheikah Slate and fought against with the Guardians. Thus giving him new abilities in the same vein as the Sheikah Slate. Furthermore, it’s caused Hyrule Castle to rise up and maybe even lift off at some point in the game; that’s pure speculation, though.

However, the most noticeable new element shown in the Breath of the Wild sequel are the floating islands. This is where the Skyward Sword HD connection comes into play. Throughout the history of The Legend of Zelda, the only time we’ve ever explored floating islands was in Skyward Sword. The islands were called Skyloft in that game and it serves as the original home of Link and Zelda. The trailer shows a lot of exploration of these islands and what looks to be ruins on a few of them in the distance.

The inclusion of Skyloft brings a direct connection to Skyward Sword. It may be that Nintendo decided they wanted to remaster the original in order to provide context to new players about the importance of Skyloft (or simply remind those who haven’t played it in a while).

So many things happen on the floating islands and it’s exciting to think about what we might uncover and experience in an updated, darker, version of them in the Breath of the Wild sequel. Maybe there will even be something to do with Fi or even the Time Gate? Historically, the Triforce was in Skyloft so that may be an indication of what we can expect to find.

Whatever we may be in for with the Breath of the Wild sequel, this trailer has brought the excitement level to an all-time high. Everything from the floating islands that may be Skyloft to Link’s crazy new arm have me so ready for 2022.

Now, if only the 3rd Breath of the Wild game can be set on the ocean, maybe we could get an HD remaster for Windwaker…maybe in 2025…on the next Nintendo console… 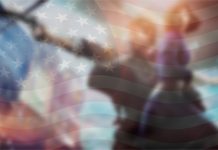 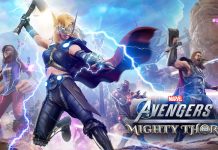 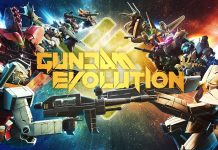