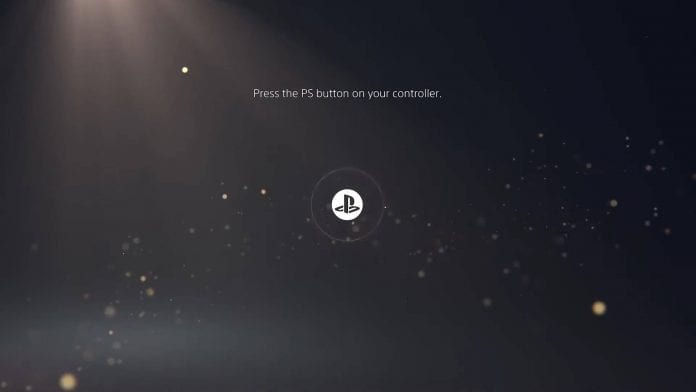 Sony is extremely good at making hardware for several different technology mediums, but one area they struggle with is the software inside those gadgets. We’d love to see the PS5 be a change for the better in this regard.

If anything is common across all PlayStation platforms it’s a somewhat outdated and slow OS that boots up with the unit. The only time an OS seemed to work best was with the Vita, but even that really shows how clunky and awful it was for a touch screen based mobile device. Every device since the PS3 use what is called an “XMB” or “cross media bar,” a system beyond it’s time, yet continues to be the basis of Sony user interfaces.

The XMB is a very simplistic style media bar first introduced in variations of the PS2, then later fully adopted with the PSP and PS3. Sony had so much success at the time (even winning a technology award in 2006) which prompted them to implement the XMB across multiple devices including Bravia TVs, smartphones, and anything needing media access.

The XMB functions by laying out your options horizontally (for example different games or apps) then opening an additional menu vertically when one is selected. For the PS3 this was a nifty way to do things, as the home media center was just being born. At the time most devices used clunky page designs similar to that of an older PC, and touch screen phones were just barely getting started.

As with all technology, things have evolved and the XMB interface is no longer as swift and useful as it once was. The long side scrolling adventure to get anywhere is not equipped to adapt to the fast paced world we live in, and Sony started ditching the interface quickly. The Vita no longer used the XMB interface and instead opted for a new media focused bubble layout. All Bravia TV’s and other Sony gadgets no longer use specifically the XMB either, technically.

The PS4 also “ditched” the XMB in favor of a very similar PlayStation Dynamic Menu. The new media menu is very similar to that of the XMB, just enhanced with new features. It still feels a bit slow and broken.

Sure the PS4 menu is alright if you play the same three games all the time, but anyone with a library will know how painful it is to scroll all the way to the right to get to your library, and then scroll through dozens to hundreds of apps to find what you want. It’s not convenient, especially when comparing it to the streamlined menus of Xbox One.

On Xbox everything is pretty much within a few clicks away, and it’s easy to access your library with the press of a single button. Sub menus pop up anywhere you need it with quick access to settings, friends, and notifications. On PS4 things are a bit different and take some navigating to get anywhere. You could spend your time modifying the menu to suit your needs, but any hard reset to the console (or dreaded database rebuild that PS4 constantly needs all the time) will lead to all that customization being lost. The main screen will randomly populate games from your library, and hide things quickly.

That isn’t the main issue though, the biggest complaint is how nothing ever seems to load. I’m running on a 1Gbps line, with a brand new hard drive in my PS4, and things still take a while to populate the menu. Scrolling to the featured tabs of games takes a good minute to load, and my friends list oftentimes fails to completely load. There have been multiple times when I accidentally “view” someone’s profile mid game and get kicked out of matches because the console literally freezes in an attempt to get the profile loaded.

Long pressing the PS button is supposed to bring up a quick convenient menu, but even that feels broken most of the time. Taking screenshots, or loading into the share menu can often freeze your PS4 for a good minute, or outright interrupts your gaming session. The options menu is literally just an in-between area with no real use as everything always brings you back to the PS4 main menu, and puts your game in the background. There is no easy way to quickly message friends or see full notifications unless you have the PS App on your phone. The UI also has random features like support for the touch part of the controller, or motion controls for Move, but none of this was ever really expanded, and both are almost entirely useless.

This is why Sony’s latest announcement that the user interface has been “completely revamped, with no pixel untouched” is probably the most thrilling aspect of the PS5. The software is a clear bottleneck of PS4, and while the idea is there, it just isn’t swift enough. The only clean update we really got was the ability to search for games on the store without using the horrible horizontal alphabet wheel. For anyone that doesn’t remember, the PS4 had to use a one letter at a time wheel that would slowly get smaller the more you typed, instead of just having a full keyboard layout. This annoying search feature wasn’t removed until late August in 2018…

Sony shouldn’t be afraid to look across the pond and take some ideas for UI. Gaming with friends is becoming more important, and PS5 needs features that intertwine social features all throughout it. Sony already mentioned some features that will do just that with quick multiplayer events, games showcasing new modes without booting them up, and a few other odd features. More importantly we expect new technology to be swift and easy to use. Taking a long time to load anything is unacceptable at this point, and the UI needs to have no lag getting from any point to another. If the UI disrupts your game in any way, even unintentionally, then it’s failed.

Sony may also want to look further into expanding features with the mobile app, which is much cleaner and easier to use than any UI a PlayStation product has had. With Xbox it is easy to join parties and even use your phone as a mic to talk to friends on the go. The ability to download software, or check for updates while at work/school would greatly improve experiences. Having voice controls, and even remote access, from your phone may also be extremely useful in a modern world filled with streaming services and digital games. Sony already has a layer of these features, they all just need to be expanded.

PS5 looks to be fixing the worst part of PS4 with a UI overhaul. Hopefully we’ll get a good clean look at it soon, but honestly, this alone makes buying a PS5 worth it to me.