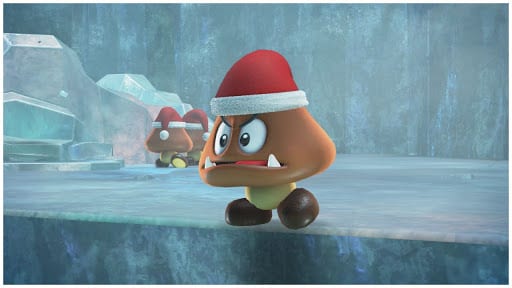 If you’re looking for the perfect gift for the gamer on your Holiday shopping list this year, the Cinelinx crew has you covered!

Don’t miss out on our previously released Movie Gift Guide, and be sure to check out our Geek Pick of the Week features for even more ideas. Now, let’s get to the games! Annapurna Interactive Deluxe Limited Edition – Annapurna has launched a swanky new collector’s edition celebrating the first five years of the developer’s work. With inclusions of Donut County and the wildly popular Outer Wilds, there are a lot of great games bundled into one great looking package.

AtGames’ Legends Arcade Line – Sometimes there’s nothing better than playing some old-school arcade games. They’re quick, challenging, and always a bunch of fun when played with others. As such, AtGames’ Legends Arcade family of products feels like the perfect Christmas gift. Being able to plug directly into the TV, yet retain the arcade controls, these bring the goods without the cost of a full cabinet.

LEGO Nintendo Entertainment System – While it doesn’t play any games, there’s no denying how freaking cool this LEGO set is. On top of recreating one of the most beloved gaming consoles of all time, there are some cool “play” elements built into it that you wouldn’t expect. If you’ve got a gamer/collector on your shopping list this year, I can’t think of anyone who wouldn’t love to find this under the tree. Ghost of Tsushima – The game’s reputation really speaks for itself. This is a gorgeous game set in a distant time and land that feel like fantasy but are very much based on real places. With a stunning musical score to accompany the action, I can’t recommend this game enough.

Star Wars: Jedi Fallen Order – Yes, I know this game isn’t exactly new, but one year later it still remains fun to play, and I highly recommend it for anyone who wants to get in on the Star Wars action.

Hades – Available on Nintendo Switch and PC, Hades is an amazing hack-and-slash roguelike that puts you in the heat of battle as Zagreus, the son of Hades. He sets off to escape the underworld and reach the mortal realm. The game has an amazing story that is incredibly immersive through top-notch voice acting, fantastic world building and a memorable cast of enemies.

Nintendo Switch Consoles – I feel like this may be an unconventional console recommendation considering it launched back in 2017 and the PlayStation 5 and Xbox Series X | S consoles are both newly released, but I find the Switch’s utility as a dual home and handheld console makes it a strong present.

The portability of the console is its greatest boon and it makes traveling — whether it is by car, train or plane — significantly more bearable and easily enjoyable.

Books For Gamers:
Minecraft: The Shipwreck
The Art of DOOM: Eternal
The Art of The Last of Us Part II
World of Warcraft: Rise of the Horde & Lord of the Clans: The Illustrated Novels
The 100 Greatest Retro Videogames

The console has a fantastic library of games that will only continue to grow stronger between the Legend of Zelda: Breath of the Wild, Super Mario Odyssey, Super Mario 3D All Stars, Animal Crossing: New Horizons, Pokemon: Sword and Shield and many many more.

Xbox Game Pass – If the gamer you love has access to a PC or current/next generation Xbox Console, the Xbox Game Pass is a service that allows players to download titles from a library of games that includes more than 100 titles. Some of the titles included are the new $60 games and some indie titles that may have been lost in the shuffle otherwise. Microsoft offers two different versions of Game Pass: For $9.99/month, gamers will have access to the basic version of the service that includes the large library of games on either their PC or Xbox console and access to Xbox Game Studio titles the same day as release; for $14.99/month, gamers will have Xbox Game Pass Ultimate that includes the basic services, Xbox Live Gold with Games for Gold and console multiplayer services and allows players access games across PC, console and Android mobile devices. I have personally downloaded a bevy of titles through the service since it launched in June 2017 and am looking forward to how the service will grow in the future.

Peripherals – Behind every game system/PC is a hefty set of peripherals to make the experience more enjoyable — or more frustrating if controllers have issues like degraded rechargeable batteries or buttons that stick (I’m dealing with joy-con drift myself with my Nintendo Switch), keyboards that have seen one too many games of League of Legends/Overwatch/Call of Duty/[Insert preferred game here], or monitors with dead pixels. New and improved peripherals like controllers, headsets, keyboards, charging docks, monitors/televisions and more are a fantastic way to show your beloved gamers that you care. Ghost of Tsushima – Ghost of Tsushima for PS4 is a cinematically beautiful game from Sucker Punch set in the last 13th century, when the Mongols first arrived in Japan. It uses a minimalistic HUD by allowing the colorful, and living environment to guide you through the story, and side quests. It even has both English, or Japanese spoken language, and a Akira Kurosawa inspired cinematic mode. It was so well received that even the Japanese people praised its glory.