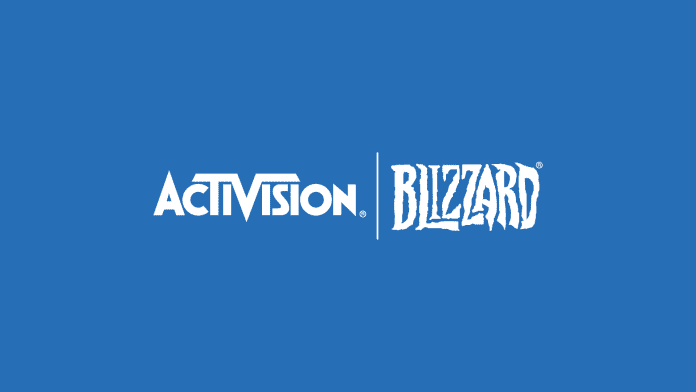 A recently filed lawsuit against the gaming company Activision/Blizzard brings to light a disturbing history of harassment and abuse.

Folks, we’re entering deep into “Yikes” territory here. In fact, I’m going to go ahead and give a quick trigger warning in regards to sexual harassment (among other things)….

Earlier this week, following on from a TWO YEAR investigation, the California’s Department of Fair Employment and Housing has filed a Civil Rights/Discrimination lawsuit against the gaming giant, Activision/Blizzard.

The complaint filed allegations that Activision have fostered a discriminatory culture against their female employees (which only comprise 20%) of the company’s workforce. The allegations are many—and something that seems all too common in the gaming—including sexual harassment, unequal pay, and even retaliation against those who’ve tried to speak out about it in the past.

On the surface, it’s not great, but the specifics that have come out of the investigation and filing are downright horrific. Specifically, they claim there’s a “pervasive frat boy workplace culture” which not only entails harassment, but actively seems to encourage it as well. There are accusations of “cube crawls” in which drunken male employees would literally crawl between the cubicles of the women in the office.

According to the filing they would, “drink copious amounts of alcohol as they crawl their way through various cubicles in the office and often engage in inappropriate behavior toward female employees.”

This would includes blatantly sexual jokes, including jokes about rape, unwanted attempts to hit-on/pick-up female workers, and other demeaning behaviors. Worse, there’s at least one woman who had nude pictures passed around the office during a company holiday party (a woman who sadly took her own life while on a company trip).

There’s also allegations that the men would frequently push their workloads onto the women while they dicked around, and that they’d even be kicked out of designated “lactation rooms” for breastfeeding mothers so male colleagues could conduct meetings.

All this is horrendous, but really feels like it’s only scratching the surface of what’s being alleged during this investigation. There are also reports of women being passed up for promotions unfairly, even being shut down for advancement due to fears of them “getting pregnant” among other ridiculous reasonings.

A lot of women are coming forward with their stories online, and sadly, they HAVE been coming forward for a while now. This is far from the first time we’ve heard horror stories out of Activision (or just about any major game publisher), but it seems only now, after the State got involved in the investigation, that something might be done.

Activision Blizzard have responded to the filing saying:

“We value diversity and strive to foster a workplace that offers inclusivity for everyone. There is no place in our company or industry, or any industry, for sexual misconduct or harassment of any kind. We take every allegation seriously and investigate all claims. In cases related to misconduct, action was taken to address the issue.

“The DFEH includes distorted, and in many cases false, descriptions of Blizzard’s past. We have been extremely cooperative with the DFEH throughout their investigation, including providing them with extensive data and ample documentation, but they refused to inform us what issues they perceived,.”

“The picture the DFEH paints is not the Blizzard workplace of today.”

Allow me a moment of editorializing here….Saying this isn’t the “workplace of today” is just dumb. That’s not the point. The point is they allowed this culture to ferment and grow for years, while punishing those who spoke out about it. Making strides to improve now is GREAT, but doesn’t absolve years of hurt and jackshit being done.

There needs to be accountability, otherwise what’s to prevent things from returning to this state of things? Though, to be honest, some of the stories we’re seeing coming out are making it clear things haven’t really improved.

As it stands, I no longer feel comfortable actively covering/promoting Activision titles here on Cinelinx; and we won’t be. We’re all fans of various things here on the site, including World of Warcraft, StarCraft, Overwatch, and Diablo, but I don’t feel these are things we can cover in good conscience right now.

We’ll stand with those who’ve had to deal with this attitude and behavior in the games industry and cannot promote the companies who won’t do better.