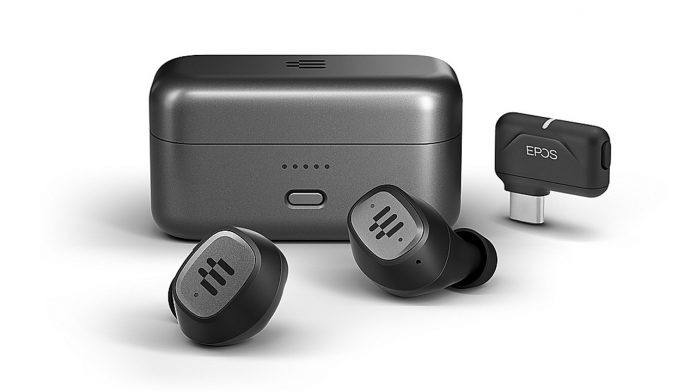 If you’re on the hunt for a set of wireless earbuds to enhance your gaming, the EPOS GTW 270 hybrids bring ease of use and quality to the table.

[Update, October 24, 2022: In the time since I did this review, EPOS has come out with a few firmware updates to these earbuds, which have largely erased any specific issues I had with them (as mentioned in our recent video). On top of that, an update that came earlier THIS year, also added microphone support to the dongle, making it even more versatile.]

The GTW 270 Wireless Gaming Earbuds mark the first fully branded product from the company since its split with Sennheiser. As such, it’s something they want to get right straight off the bat and prove their audio peripherals can stand toe-to-toe with other top gaming brands.

For the most part, they succeed in this area and deliver an audio experience gamers will certainly appreciate. First of all, yes, you can use these earbuds for pretty much anything (since they are also blutooth compatible), but since it’s being pushed/marketed as a wireless set specifically for gaming, that’s the primary thing I tested it out on.

Out of the box you get the earbuds themselves, the case to charge them, the USB-C dongle (which we’ll talk about more in a bit), and several silicone ear pieces you can swap out. This way, you can find the perfect fit for your ears and be as comfy as possible while you’re playing.

They fit fairly snugly into your ears, almost like they’re resting right in them. Nothing dangles off the side or sticks out too far. This ensures they don’t jiggle around much when you’re moving around and almost impossible to accidentally snag them/knock them out of place.

To be honest, I’ve never been big on having things in my ears. It’s something I’ve always struggled with, though I’ve gotten over by and large. Thankfully, the way the GTW 270s fit, I hardly noticed they were there. I didn’t experience any discomfort and irritation while using them. So regardless of how long your gaming session goes (these go up to five hours on a single charge as advertised), you should be good to go with these in terms of comfort!

Many of the things you’ve come to expect from wireless earbuds are present with the GTW 270. They come in a neat, magnetic clasped case, and feel durable/well-built. Other features you might be familiar with, however, simply aren’t there. The side panels aren’t touch-sensitive, and the controls you’re given are all relegated to an all-purpose button on the left earbud.

If you’re listening to music, this button lets you pause and play while double/triple taps let you skip tracks and go back. It’s a fairly easy system, but compared with some other wireless earbuds, it definitely feels like a step back. Even more so because mono playback (where you only have one earbud in) is limited to ONLY the left earbud.

Generally speaking, this shouldn’t be a big deal, but the limitation is certainly frustrating. I have several kids in the house (one pretty young), so any time I’m gaming, I need to be able to keep an ear out for anything they might need. Considering I have some partial hearing loss in my left ear, only being able to use that earbud for mono playback was particularly problematic for me. Again, I know this isn’t an issue many will have, but definitely something to think about.

That said, these are still pretty great earbuds for gaming. The low latency aspect is on point and I can’t think of a single time in using it (for both PlayStation 5 and Nintendo Switch) that I experienced any kind of lag in between the action and audio. The immersion given with the sound is incredible and it felt like I was enjoying my play through in a surround sound setting. As I played Ghost of Tsushima, I could hear the grass rustling “behind” me, and even Xenoblade Chronicles Definitive Edition made “Reyn Time” sound better than ever.

Easily, my favorite aspect of these, is the connection dongle that comes with it. This allows the earbuds to connect to pretty much anything, even if the device doesn’t natively support bluetooth. The dongle itself is tiny and unobtrusive. It won’t get in the way, and has a nifty silicone cover with a loop on it that keeps it protected and easy to keep track of.

Hell, the main thing I was excited to try was firing it up on my Nintendo Switch, and it’s insanely easy to do so. Simply plug in the dongle and pop in your earbuds. That’s it, the connection is automatic. I love it.

About 90% of the time, I play my Nintendo Switch on mute. This is so I don’t bug my girlfriend (often sitting next to me in bed watching a show), or so I don’t distract any of the kids when I’m playing downstairs. I’m not big on bulky gaming headsets, and my glasses often make them uncomfortable to wear for longer periods of time. With the GTW 270s, however, I was able to enjoy my gaming on the Switch without any fuss or extra cables. It was nice to finally hear some of my games.

There are some sticking points, however, as connecting through the dongle means you the microphone built into it won’t work. Instead, the system you’re connecting to takes over completely, so you’ll need another mic. Thankfully this wasn’t really an issue for the PS5 due to the built-in mic on the DualSense controller (that and I don’t play many multiplayer titles), but can definitely be frustrating. A new firmware update, that allows simultaneous dongle/bluetooth connection, helps alleviate this but still…