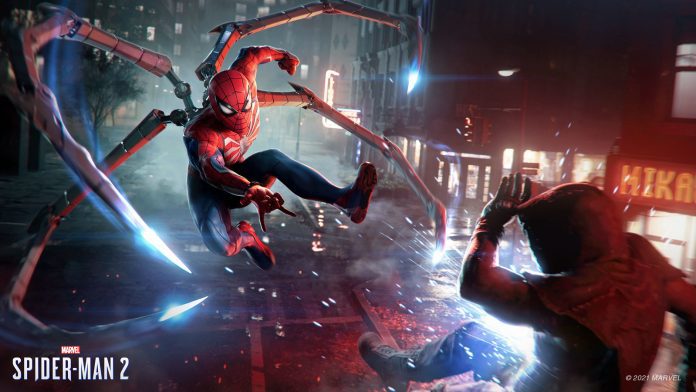 Our first confirmation and look at Insomniac’s Spider-Man 2 has arrived and I’m here to break down everything we might see in the highly anticipated video game sequel.

I’ll be looking at the teases from the announcement trailer and stuff hinted at in the previous games to discuss everything we might see in the PS5 exclusive. Let’s start with the symbiote in the room (bad joke), and talk about one of Spidey’s deadliest villains making his debut appearance in the Insomniac Marvel Universe. Hinted at in both previous games’ end credit scenes, the symbiote seems to be currently bonded to Peter’s notably absent best friend, Harry Osborn.

In Spider-Man (2018), it was revealed that Harry had been diagnosed with the same genetic terminal illness his mother passed away from. While the letter he left for Peter and MJ alluded to a foreign medical facility with the treatment he needed, in the games post-credit scene we see Osborn open a large green-glowing container with Harry inside, covered in an ominous black goo that reaches out a webbed hand as Norman promises to save his son.

Two years later in Spider-Man: Miles Morales, the end credit scene comes from the perspective of Harry, watching his father order the present Doctor to wake his son up; regardless of the consequences. As far as we can tell from the trailer, the consequences were Venom.

The villain is sure to be an interesting counter to the duo of Spider-Men, being two separate beings himself. With the symbiote also being a huge storyline involving Peter and the appearance of an ominous black logo, it is probably safe to say that it will at some point bond with Peter too, likely creating some interesting antagonism between Harry and Miles. After the spectacular team-up shot at the conclusion of Spider-Man: Miles Morales, I desperately hoped that this follow up would enable us to experience a game that tells a story from both perspectives and lets us play as either of web-heads.

Well, it certainly seems like my wish was fulfilled. The teaser shows a dramatic team-up move, with both heroes standing side-by-side in a standoff with Venom. Both heroes also seem to be showing off some new abilities, with Peter using some Superior/Iron Spider-esque robotic arms, and Miles displaying a blue electrical charge (a contrast to the yellow previously seen).

As far as how gameplay with the two will function, I assume the character choice will largely be driven by the plot until completion/free-roam where you could switch freely. I would also love to see an addition to the take-down ability. It’s a hugely satisfying aspect of the games and a team-up addition in the vein of Arkham Knight would be fantastic. Over the trailer, we get a menacing narration from what I will speculate is Kraven, while I am absolutely no expert on accents. It certainly sounded like Spider-hunter.

Based on the response from Venom, it would seem the conversation is not actually about Venom’s face-off with Miles and Peter. But instead Kraven, he is always looking for the ultimate prey, a worthy combatant, and the alien hulk-like creature would no doubt be an appeal.

I would assume Kraven will be more of a secondary villain of the game. A fight with him similar to the encounter with Shocker in the first game, which would setup the larger symbiotic threat.

It may also be worth noting that in the famous storyline, Kraven’s Last Hunt, he supposedly kills Spider-Man and takes the mantle briefly. This was during Peter’s time in the black suit, but he later returned to defeat Kraven and take back his place as the wall-crawler. Nonetheless, the inclusion of Kraven, and the black suit, does feel like a potential set-up for this iconic comic story. Moving on to speculation more focused on past game information…Let’s talk about The Lizard. While we have not seen this universe’s Lizard explicitly, he has been hinted at a couple of times.

In the first game, Peter has to search a party for an important scientist key to stopping Devil’s Breath, but the party is filled with costumers donning Spider-Man themed costumes.

During this level, he encounters people dressed as Spider-Man and his most famous villains. Most memorable we see a confrontation with a big guy dressed as Rhino and a hall of mirrors moment with a Mysterio. However, the scientist himself is dressed as The Lizard, confirming the character as a past villain of the superhero.

Furthermore in the end credit’s for Spider-Man: Miles Morales, the Doctor Norman Osborn is ordering to wake Harry, is none other than The Lizard’s counterpart, Curt Connors. There isn’t much beyond him being named, but he’s working for Norman, no doubt one of the only men who would hire a past supervillain.

Presumably, his extensive knowledge of genetics was what drew Norman to hire him to help Harry, and it will be interesting to see if he once again dons the scales. The last game featured a big section of Spidey’s rogue gallery, so it would be no surprise to see Lizard make his reptilian return in the sequel. Norman Osborn was a big part of the first game. Running for Mayor and having a largely antagonistic relationship with both hero and villain alike.

Upon delving into his home, MJ discovers genetically engineered spiders in an attempt to recreate Peter’s ability. These lead to Miles receiving his powers, but displays Norman’s more eccentric, and villainous, exploits. Along with utilising the symbiote and his earlier involvement in Mr. Negatives origin, he’s no angel.

Also in Norman’s apartment, is a metal helmet that when worn displays a HUD similar to the likes of Iron Man. It utilized various scanning technologies, enabling MJ to discover the secret lab the spiders were kept. I have no doubt this is an early iteration of a Goblin suit and am convinced the iconic villain will appear in the new game. Queens is the home of Peter Parker, where he grew up and currently resides in the Insomniac world at this point. He spends most of the first game essentially homeless, crashing at FEAST, with M.J, and Miles. In the teaser for this second game, we hear a discussion over the phone between the Spider-Men regarding Peter and Mary-Jane moving into Aunt May’s old house since her passing.

The potential to swing across to Queen’s sounds super fun, and an overdue expansion to the stunning open world the previous games gave us. Miles Morales did a wonderful job at injecting new life in the city, but we can only so many iterations of New York City before it gets stale.

Swinging through Peters “friendly neighborhood” would be a lot of fun and I find it hard to believe the story won’t require a visit. While it is early days and the confirmation of this surprising but exciting game only just arrived, the coexistence of Insomniac’s Wolverine in the same world as Insomniac’s Spider-Man (as confirmed by official post’s) gives a nerd like me excitement and hope for a crossover.

We’ll likely have to wait a while before Wolverine actually releases since Spider-Man 2 is set for 2023 and Wolverine is still in early development. Nonetheless, a mention of mutants or X-Men would be some fun set-up for the Canadian superhero’s debut in this universe.

This is 100% my most anticipated upcoming game, these past two made me fall in love with Spider-Man all over again and reminded me what a fantastic character he is. Miles Morales was a stunning step up from an already incredible game and I can’t wait to see what Insomniac have up their sleeves for this one. Thanks for reading.

Canon vs. Legends: What’s What in Knights of the Old Republic [Updated] 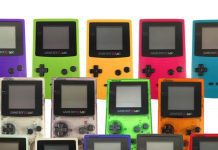 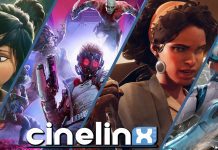