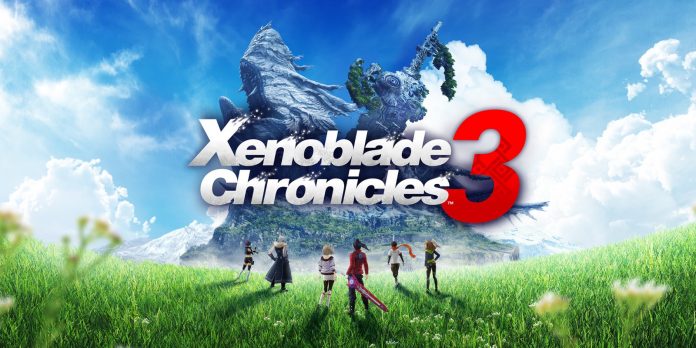 Monolith Soft has released the long-awaited third entry in the beloved Xenoblade Chronicles series. My journey through Aionios has been a long one, but one I’ve thoroughly enjoyed. It may even be my favorite XC game in the series. These are my impressions of Xenoblade Chronicles 3.

The Xenoblade Series At Its Finest

The Xenoblade Chronicles series is one that I, and many others, hold very near and dear to our hearts. Each game in the series has told a captivating story of friendship, loss, perseverance, acceptance, and tragedy, among other things. Yet, I’ve found myself enjoying the story of Xenoblade Chronicles 3 even more than its predecessors.

Xenoblade Chronicles 3 tells the story of two warring colonies Keves and Agnus. The game opens to a battle between the two colonies that sees the Kevesi topple the Agnian forces. As the game progresses, we see two squads from each respective colony come to blows, only to realize they’re being played by an even larger, more nefarious group. This revelation causes the two forces to unite against their common enemy and unlock a powerful new ability called Interlink. This allows them to combine into a larger, more powerful being known as an Ouroboros.

The adventure of the two rival squads, made one, leads the group to uncover dark secrets regarding their two colonies. It also leads to surprise twists and turns that I never in my wildest dreams could’ve expected. Twists that stem from the true villains of the game.

While I’ve yet to finish the game, as of this writing, I’m blown away by the story so far in Xenoblade Chronicles 3. What I appreciate about the game is that it has yet to feel slow. Xenoblade Chronicles 2 had a bit of a pacing issue, especially in the beginning of the game, but that’s not the case in XC3. From the moment XC3 begins, it pulls you in and makes you want to know more about what’s going on in this war-torn world. Moreover, you want to know more about these characters and their Ouroboros forms.

I also really like how Monolith Soft incorporated the characters. In XC3, it’s pretty clear to see there is a divide within the main squad, mainly due to their previous allegiances. As you progress through the story, you learn more about the two sides and gain perspective from each character. You begin to understand who they are, where they come from, and even start to realize that the two sides are rather similar. It’s not necessarily reinventing the wheel in regards to character building, but I still enjoyed seeing their interpretation of a tried-and-true storytelling vehicle.

While I’d love to gush about the story further, doing so would lead to even more spoilers. I believe this is a story, which players should experience for themselves. So I’ll leave the story at that, but know that the game gets deep, tragic, and absolutely mindblowing. It even involves the worlds of the two previous XC games.

Bigger, More Strategic Battles Than Before

Don’t you just hate it in RPGs when you meet all these new characters, they join your party, but then you have to choose 3-4 members of your party to actually be playable? I hate that a lot. It’s actually one of my biggest gaming pet peeves. Like, if there are 8 characters in a party, why can’t they all fight? Are they just standing around on the sidelines watching? That’s why I think Final Fantasy X is one of the best Final Fantasy games, because you can switch out every member of your party mid-battle. Anyway, I digress.

The great news is, XC3 makes it possible to fight with every member of your party. As opposed to previous XC games where you had to select your party of 3, XC3 allows players to fight with up to 7 characters (6 main characters and the occasional guest member). I absolutely love this, because it makes the battles feel bigger, faster, and more team-oriented than other games in the genre.

XC3 still uses the same battle system as the previous XC games, in that the characters attack on their own but you facilitate the arts and position in which they use them. Unlike previous XC games, there is more of an emphasis on chaining arts to cause enemies to get toppled, dazed, and so on. You can also switch the characters you use mid-battle, which is something I desperately yearned for in XC2.

Utilizing all of these nuanced skills and abilities makes the game even more interactive and fun than previous entries. It even creates more strategy; forcing you to think about where the position of your character is in relation to the Art you want to use, which character you should switch to to maximize the Arts chain, which Talent Art to use at the appropriate time, and so on.

The gameplay gets even more exciting when you activate Ouroboros form in battle. It’s a nice change of pace as suddenly, the game feels like a Power Rangers episode where two larger beings fight one another, using slower—yet more powerful—abilities. Every time the Ouroboros function was made available, I’ve jumped at the chance to use the uber-powerful form.

I’ve died a lot in XC3, but I’ve also had some of the most exciting battles in an XC game because of these gameplay changes. You can tell that Monolith Soft learned a lot from their previous games and the result is a much-improved battle system that makes fighting in Aionios more fun than ever before.

One of the trademarks of XC games is the incredible amount of exploration and landscapes in which players can spend their time traversing, uncovering mysteries, completing quests, and so on. XC3 is no different in that aspect. XC3 boasts an eclectic variety of areas for players to explore and cities to gawk at.

When I played XC2, each area was separated by Titans, which was the reason why each environment felt so different. Unlike XC2, XC3 isn’t separated by such things. Rather, the whole world is connected, making it even more astonishing when each new landscape is revealed and traversed for the first time.

Locations like Keves Castle, Agnus Castle, City, Cloudkeep, Erythia Sea, Forerunners’ Tower, etc. all boast their own unique beauty to bewilder and fascinate players. The level of beauty in this game just makes it impossible not to explore every nook and cranny XC3 has to offer.

One way in which XC3 is different, in regards to exploration, is that you will have scenarios where you can pick the side you want to fight for. For instance, as you traverse landscapes, you’ll encounter two groups fighting. You can join the fight and pick a side. Each side will give you a different reward for fighting for them. It’s a pretty cool addition to the environmental gameplay. It had me always looking for that kind of trouble.

Other new environmental elements are finding husks to send off the dead, finding ether to bring Ferronises (soul-sucking mechs) back to life, and new types of monsters that are lucky, elite, or unique. Each type requires strategy, but all bring great rewards.

Monolith Soft outdid themselves with their environmental design in XC3. Their approach to how the environment looks and what you can do within the confines of it is truly commendable. There is always something to do and look at between story elements. It’s a wonderful experience all around.

From the moment I began playing XC3, I was blown away. The cinematic story elements, followed by the gameplay, characters, and new elements have made the experience feel new and fresh, while still maintaining the XC charm. If you’re a XC fan, you’ll be so fulfilled by XC3. If you’re new to the series, it won’t take long for you to get pulled in.

Between art style, the twists and turns of the story, and an all-around satisfying gameplay experience, I happily recommend Xenoblade Chronicles 3 to anyone with a switch and a love for RPGs.