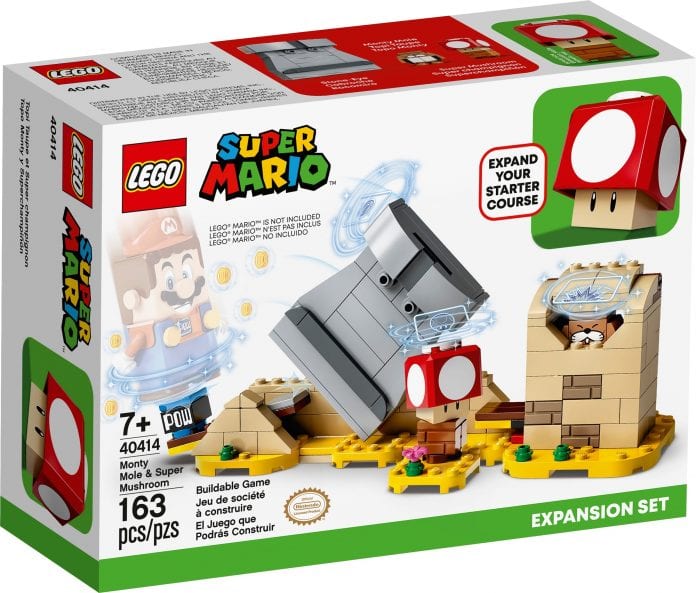 While we’ve seen bits and pieces of the new LEGO Super Mario sets over the last couple months, today brings the full line-up for fans to drool over!

So far, I’ve been pretty impressed with LEGO’s new collaboration with Nintendo. The combination of buildable sets and actual “gameplay” makes for a unique concept that I’m interested to see if they can pull off. The more we’ve seen, the better it’s looked, and today brings our first look at the ENTIRE line of sets fans can pick up this August:

Fans can expand on the LEGO Super Mario range announced in April with a whole new range of Expansion Sets, collectible Character Packs and Power-Up Packs. The result of a unique partnership with Nintendo, LEGO Super Mario will reinvent the way people interact with Super Mario in the physical world. The products announced today give fans the chance to build Mario’s house, search for treasure hidden by Toad, and defeat a Koopa Troopa in the Guarded Fortress. And of course that’s not all!

The partnership was announced earlier this year, and in April the fun-packed Adventures with Mario Starter Course was revealed alongside two Expansion Sets. The Starter Course is key to unlocking the entire play, being the only set to feature the interactive LEGO® Mario™ figure that collects coins in game levels created with LEGO bricks. LEGO Super Mario brings new interactivity and gameplay to the traditional LEGO brick experience.

Also announced today are ten collectible enemy characters that are available in blind bag Character Packs, adding that extra level of excitement. Each pack will contain a buildable character and action tag to play with – it could be a Paragoomba, Fuzzy, Spiny, Buzzy Beetle, Bullet Bill, Bob-omb, Eep Cheep, Blooper, Urchin or Peepa!

Every Expansion Set and collectible Character is made to be used with the Adventures with Mario Starter Course, for an enhanced play experience. The entry point set features seven action bricks for different interactions with the LEGO Mario figure, which has LCD screens in its eyes, mouth and belly to display instant reactions to movement, color and action bricks. In May, the LEGO Group and Nintendo also announced a series of Power-Up Packs – including Cat Mario and Builder Mario – to help boost gameplay with a variety of suits for LEGO Mario that each reveal new features and powers.

This full assortment of LEGO Super Mario sets will arrive on August 1, 2020. Which will you be looking to pick up?