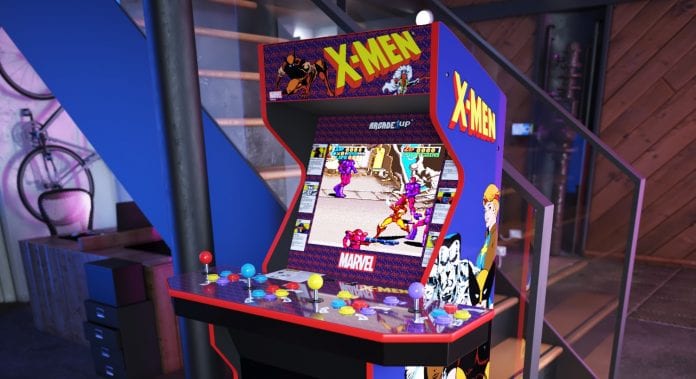 CES 2021 is virtual this year (obviously), but Arcade1Up has still brought the goods with new consumer cabinets and collections.

During the virtual CES, Arcade1Up revealed some of their upcoming cabinets gamers can look forward to playing this year. If you’re unfamiliar with the brand, they specialize in crafting replica arcade cabinets that are smaller in scale (much smaller in price) and play incredibly. I love the things they’ve done so far, and it looks like they aren’t slowing down this year. On top of those, however, they have announced the Pong Pub Table! This will double as both a table and stand-up machine for players to use and includes:

That’s not all, however, as they’re also introducing some Legacy Edition Cabinets. These are arcades that have been previously released, but bring together a more robust line-up titles (12 games a piece) for gamers to play.

No release dates have been given for these just year, but I gotta say, they all look amazing. You can learn more about each of these announcements on their website, which will also update down the road for ordering and release dates.

Personally, I’m itching to get my hands on that Killer Instinct cabinet. It was always one of my favorite fighter games and the inclusion of Battletoads is too good to pass up. Which of these are you most excited about?