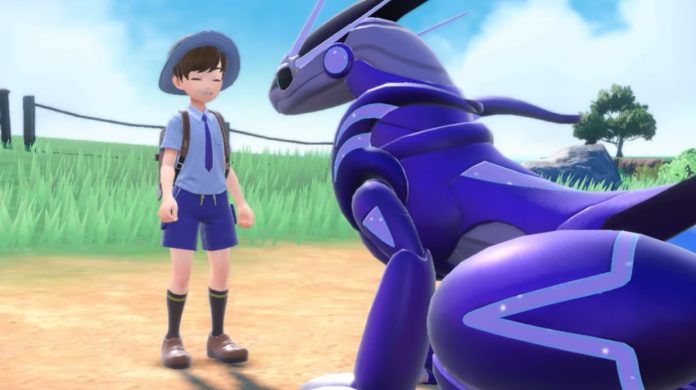 Players got ANOTHER new look at Pokémon Scarlet and Pokémon Violet on Thursday with a new world overview video.

The video expands on some aspects we were already aware of, like the implementation of open-world exploration and four-player co-op as well as getting a deeper look into the region of Paldea and new aspects coming to the games. Some of these features aren’t surprising, as The Pokémon Company and Nintendo explored open world and Pokémon with utility in Arceus Legends.

Players will rely on either of the two new legendaries Koraidon and Miraidon as a partner in exploration. Literally. On their backs on land, in the water and in the sky.

The video says that players will experience “a story you weave as your desire,” starting as a student at either the Naranja or Uva academies where “three grand stories are waiting for you.”

One of the stories focuses on the game’s typical gameplay loop about Pokémon gym battles involving the tried-and-true 8 gym and Victory Road journey. The others remain a mystery.

Players got another look at the two professors Sada and Turo that will guide players on their journey. Director Clavell is the director of the Academy with Mr. Jacque as your homeroom teacher. We got to meet Nemona, our “battle-loving friend,” and upperclassmen and “great cook” Arven, and shy student Penny. We also got a peek at one of the gym leaders: ice-type Grusha.

New regional Pokémon will live in Paldea, including Wooper who lives on land and covers its body in a poisonous film. We also met the adorable fairy type Fidough and the imposing ice-type Cetitan. We also got another (adorable) look at the Paldea region starters: Grass-type Sprigatito, fire-type Fuecoco, and water-type Quaxly.

Players got a peek at the new Terastallization aspect, that makes some Pokémon shine like gems. Literally. Terastallization provides boosts to a Pokémon’s type and make its moves stronger, and it will even change some Pokémon’s typing, i.e Tera Pikachu can change to flying type (and he’s very cute with his balloon crown). Eevee’s Tera type has the chance to be multiple types.

Players that purchase Pokémon Scarlet and Pokémon Violet before February 28 will receive a special Tera Pikachu “that can’t be obtained through regular gameplay.” The Flying Tera Pikachu will know the move Fly.

What are you most looking forward to in Pokémon Scarlet and Pokémon Violet?