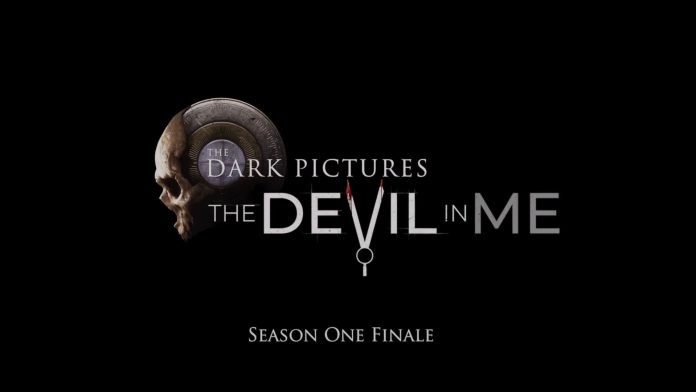 Despite some minor issues, The Dark Pictures Anthology: The Devil in Me serves as an excellent “finale” in Bandia Namco’s horror anthology franchsie!

Warning: this review includes minor spoilers for the game play of The Devil in Me

Described as the finale of the “first season” of The Dark Pictures Anthology, there was certainly a lot of hype leading up to the release of The Devil in Me. It marks the fourth installment in the series and set to serve as a “season finale” of sorts. While each entry centers on some rather dark subject matter, hence the name of the series, The Devil in Me is particularly dark as it focuses on the crimes and legacy of H.H. Holmes, one of the most notorious serial killers to ever live. More specifically, the game focuses on a documentary crew that finds themselves trapped in a recreation of Holmes’ infamous “Murder Castle.”

The Devil in Me has three difficulty settings to choose from: Forgiving (Easy), Challenging (Normal) and Lethal (Hard). For this review, I played on Forgiving mode as I didn’t want the game to stress me too much with its horror and difficulty. Even on Forgiving mode, the horror in this game makes progression tough at times.

The game’s soundtrack does a good job of building suspense, so even when something isn’t happening, it sounds like something is about to happen, causing you to tense up and get anxious. And then there are the jump scares.

I have lost count of the times I’ve had to pause the game because a particularly frightening jump scare made me jump almost out of my seat. The Dark Pictures Anthology has always been particularly good with jump scares, but it feels like it was ratcheted up to 11 with this game. This is something to keep in mind if you’re the type to scare easily (like me), The Devil in Me will scare you eventually. The game starts with a set level of horror and just ramps up from there the further you go into the story. In fact, I’m not ashamed to say there’s one moment in the first act where I became so frightened I literally had to stop the game for the night, because I was literally too afraid to find out what was going to happen next.

In terms of basic gameplay, not too much has changed from past installments. If you’ve played any part of the series before, you’ll be pretty familiar with how things work. And if you’re new to this kind of game, it does a thorough job of walking you through the primary controls before the main plot is set in motion.

The controls are fairly simple. Since this is a game where the plot is ruled by choices, the big thing to watch out for as always are the quick time events and decision moments where you have to choose what to do before time runs out, be it for an action or a conversation. Apart from that, gameplay otherwise consists of walking, crouching, or jogging around the building. You can also climb ladders, balance on beams and shimmy through tight spaces depending on where you are.

That being said, while the primary gameplay controls are relatively unchanged, some parts of the gameplay might be frustrating. For instance, one of the puzzles early on requires using a microphone to track sound in the walls. While it sounds simple enough, it became an exercise in frustration for me as the game gives little to no indication if you’re heading in the right direction. It doesn’t help that the corridors all look very similar to one another. So it’s very easy to get lost if you’re not paying attention.

Another aspect of the gameplay in The Devil in Me that has proven problematic is the lighting, or the lack thereof. At various times throughout the game you’re exploring areas that aren’t meant to be well lit. However, more than once I found that the areas were so dark that, even with the provided tools used to light the area, I could barely see where I was going, which made progressing through certain areas much more difficult than it needed to be.

One detail I have mixed feelings about is the characters being able to use different tools or accessories as they explore an area. I’m not sure if this aspect was introduced for The Devil in Me or if it arrived in a prior installment, but it wasn’t around for Man of Medan (the first installment in the series). My feelings on this part are mixed because, while it is helpful at times, other times it can be frustrating because you have to remember on the fly how to “equip” an item and then use it. It isn’t as easy as it sounds when you’re all tensed up from playing through the game.

On a positive note, in terms of graphics, the game looks beautiful, creepy subject matter notwithstanding. With fewer games being released for the PS4, I was concerned there would be a visible downgrade to this version of the game. However, so far as I can tell, the graphics hold up quite well on the last-gen hardware. The motion capture comes across as a little stiff in places, but it doesn’t detract from the game play.

The gameplay choices this series is known for remain as heart wrenching as ever. As is usual for The Dark Pictures Anthology, you are asked to make tough choices that affect the story in a number of ways. In this area at least, The Devil in Me is just as good as the previous installments.