Electronic Arts snagged the exclusive license deal to create and publish Star Wars games all the way back in 2013. In the time since, however, EA has struggled with the property. The first game they announced (and released), Star Wars Battlefront, suffered backlash with its lack of single-player campaign; launching with such little content that many became bored quickly. Subsequent DLC packs added a lot of great content, but by the end, everyone was waiting to see what was next.

Battlefront II brought only more problems; despite making changes at the last minute, the launch was pretty rocky, and the whole debacle has brought a wave of attention down on “loot boxes” in gaming (with some Governments looking to crack down on the practice). EA’s latest financial statements have shown the impact with sales down and failing to meet expectations.

Star Wars is dominating the big screen, comics, and novels once again, but it’s lacking big time in the games department.  While the constant stream of mobile titles have been decent enough, they don’t quite scratch the itch for many gamers. Originally Lucasfilm went to EA because it was such a large company with many developers under their control; so they could potentially deliver more Star Wars games in a quicker amount of time. Five years in and only two games released (one of which is a sequel), with a couple others barely announced, the investment isn’t paying off like they wanted.

Late last year, Visceral shut down and their long-gestating story driven, Star Wars game, codenamed “Ragtag,” was scrapped (although it’s assets/engine will be used for another game). This was a major blow, considering it was supposed to be EA’s big Star Wars release in 2018 (which is looking barren now). With only a handful of other games currently in development but not ready to show…Fans are understandably disappointed and worried.

From what I’ve heard Lucasfilm is upset as well and looking for other options. I’ve had a couple sources reach out to me about the current state of Star Wars gaming. According to them, Disney/LFL higher ups pulled EA to the “principal’s office” to talk about what’s going wrong (which is what others have reported as well).  Moreso, they’ve apparently reached out to both Ubisoft and Activision about developing Star Wars games.

I know what you’re thinking, because I had the same thoughts. EA has a contract for the games, exclusively. How could Disney get around that without breaching and causing more problems? I don’t know all the technical aspects of it, but supposedly there’s an addendum of some kind within the contract that would allow Disney to pull the license, or shop it around, if certain standards/conditions weren’t being met. This type of clause isn’t unheard of when dealing with big licenses (and what’s bigger than Star Wars?), and with all the problems and lack of games it doesn’t surprise me in the least that they’re looking elsewhere.

Sadly, I don’t have much more than that. Considering they’re just talking about developing games with these major studios, it’s not likely about anything specific. Perhaps it’s a tactic to get EA back on the ball and pumping out games. Either way, I thought it was interesting enough, with sources I’ve trusted in the past, to share with you guys.

IF Ubisoft and Activision started developing Star Wars games, what would you hope to see? 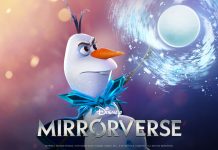 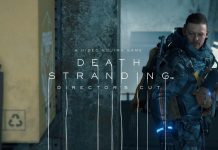 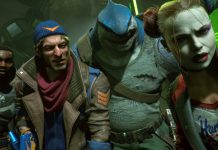