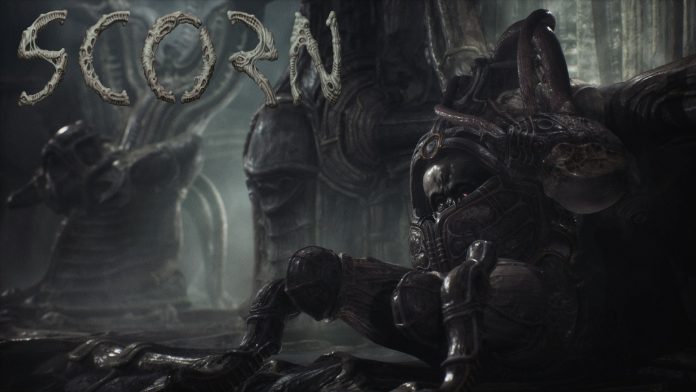 During the Xbox Bethesda Showcase, EBB Software finally showcased more gameplay of their upcoming isolation horror SCORN. This game has been in the making for some time, it was originally announced back in 2016 and also showcased during the Xbox Showcase in 2018.

This horror title has not told us much about the world or the game as of yet. The description the devs give us is pretty much all I need to know though:

Scorn is an atmospheric first-person horror adventure game set in a nightmarish universe of odd forms and somber tapestry. It is designed around the idea of “being thrown into the world”. Isolated and lost inside this dream-like world, you will explore different interconnected regions in a non-linear fashion. The unsettling environment is a character itself.

Every location contains its theme (story), puzzles, and characters that are integral in creating a cohesive world. Throughout the game, you will open up new areas, acquire different skill sets, weapons, and various items and try to comprehend the sights presented to you.

From what I can tell, Scorn will be a grotesque hell-like game that will take you on a journey of unspeakable horrors. This game (even though I scare easy) is exactly what I’m looking for when it comes to horror FPS titles.

It was also announced in the trailer that the game will finally be releasing October 21st for PC and Xbox GamePass. This is the perfect game to play right around the Halloween Holiday! Come back soon for more news on this title!