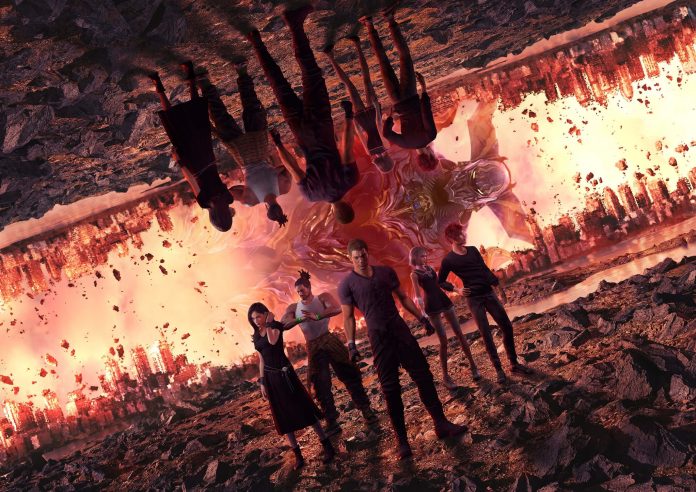 With just a little over a month away from launch, Square Enix delivered the final trailer for their latest Final Fantasy game, Stranger of Paradise: Final Fantasy Origin. With this final trailer, we get to see more Fiends, monsters, jobs, locals, and some fascinating story elements. There’s even an appearance by Ol’ Blue Eyes Frank Sinatra, which certainly was a choice…

If the final trailer wasn’t clear, Stranger of Paradise: Final Fantasy Origin features the Warriors of Light, led by Jack Garland, who have lost their memory. This final trailer shows glimpses of the past that reveal a softer Jack forming relationships with many important characters, before subsequently losing his memory.

It’s definitely an interesting approach, considering that Stranger of Paradise: Final Fantasy Origin is a reimagining of Final Fantasy 1, a game which celebrates it’s 35th anniversary this year. In the original game, characters like Sarah served only as being a damsel in distress, not really a love interest. Meanwhile, the King of the Dark Elves Astos was a mischievous villain that the Warriors had to defeat. In this trailer, it appears that there is more of a friendship between him and Jack, making for what seems to be a painful clash.

Time has a big part to play in the story of Final Fantasy 1 and it appears from this trailer that Stranger of Paradise will as well. In the Final Fantasy 1 35th Anniversary stream, Hironobu Sakaguchi (Mistwalker Corporation CEO) spoke of how this game is in an endless loop, much like Final Fantasy 1 was. With all of the scenes of Garland’s backstory showing his rise and fall to the point of his demise at the hands of the Warriors of Light to even the overall journey, it appears as if Stranger of Paradise will be true to its roots despite it’s brutal, gothic recreation. I’m so intrigued to see how it all ends and if the time loop will break like it did in Final Fantasy 1.

In addition to really fascinating story elements shown, the Final Trailer gave us our first look at Kraken the Fiend of Water, Lich the Fiend of Earth, and what appears to be Marilith the Fiend of Fire. Each looking extremely intimidating and way scarier than their pixelated counterparts.