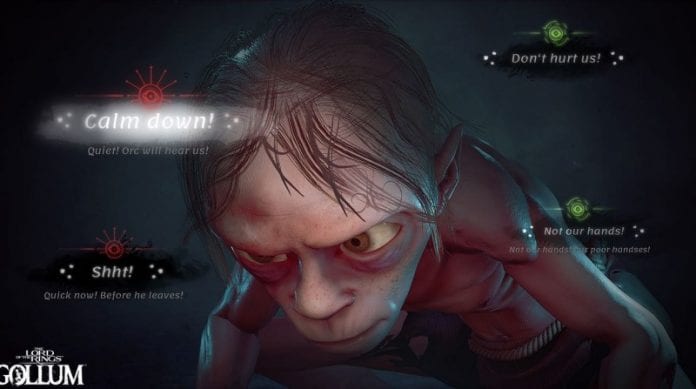 The upcoming Lord of the Rings game that puts you in the role of Gollum won’t be arriving this year after all.

Though we’re still in the first month of the year, we already know of at least one video game we won’t be getting our hands on in 2021: The Lord of the Rings – Gollum. Announced back in 2019, and finally getting a gameplay trailer last year, it seemed like things were on track for the stealth title to arrive this year…But no.

The news comes in conjunction with the reveal that Daedalic Entertainment (the developer) has entered into a partnership with publisher NACON.

The two companies decided to join forces to ensure that the game will meet the expectations of fans of The Lord of the Rings and fully leverage the power of the new generation of consoles. The universe will be faithfully represented thanks to the partnership with Middle-earth Enterprises, the company that holds the adaptation rights to the novel series by J.R.R. Tolkien.

But that’s not all the Press Release marking the announcement reveals:

“Developed for Xbox and PlayStation consoles, Nintendo Switch, and PC, the game will be released in 2022”.

So yeah, Gollum won’t be arriving this year as expected, but it is nice to see it’s also getting a Switch release (previously only announced for PlayStation and Xbox systems).