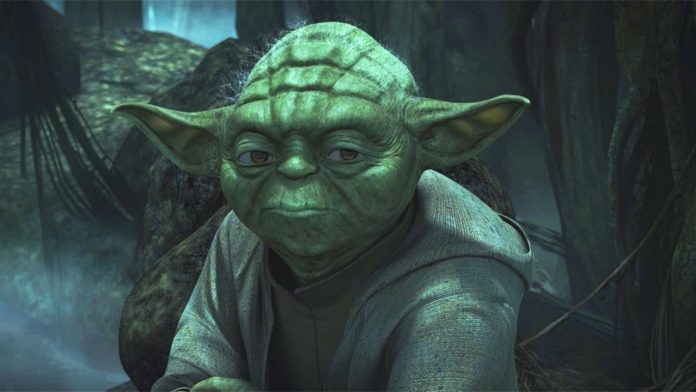 Haden Blackman reveals what the original ideas for The Force Unleashed sequel were, including a Yoda game, and an all new cast of characters.

My conversation with Haden Blackman, the former LucasArts creative director, has been incredibly enlightening. From finding out what The Force Unleashed 3 could have been to even more insight into LucasArts and the franchise in general. While the full interview will drop early next week, Blackman provided me with some MORE intriguing information that I couldn’t wait to share.

The canonical ending to the first Force Unleashed saw Starkiller/Galen Marek sacrifice himself on the Death Star in battle against Emperor Palpatine and Darth Vader. His death gave his friends the chance to escape, going on to form the Rebellion as we now know it (or at least until it was wiped out by the new canon). When LucasArts revealed that Starkiller would be back for the sequel, it left many fans scratching their heads.

The game introduced the idea of Starkiller clones being kept around by Vader, in case one went rogue, but it was very unclear whether the character you played was a clone or the ACTUAL Starkiller from the first game who somehow survived. The tie-in novel doesn’t clarify it either, in fact it uses the idea of NOT knowing as a theme. To this day, you can still find some fans debating the fact.

What was the reason for his return, however, only to leave it so unclear? The answer is actually pretty simple: Starkiller WASN’T going to be sequel’s main character originally.  In fact, it would have been an entirely new story altogether.

While talking with me about the initial work on the sequel, Blackman said:

“After TFU1, we weren’t officially working on TFU2 in any capacity, and most of my time was spent on the first incarnation of 1313 and exploring other Star Wars games (including a Battlefront reboot). However, I did carve out a small amount of time to generate some high-level concepts, none of which involved Starkiller. One idea was for a Yoda Unleashed game, which would have used Yoda as the main character and explored his past.”

Holy CRAP. The idea of a Yoda Unleashed game has me foaming at the mouth and sad that it never happened. Especially considering it would have been an untold story set in the past (perhaps this is where those Yoda movie rumors first originated?). While Yoda did make an appearance in the final game, he was far from a central focus. It’s also interesting to hear that work on the 1313 story started back that far. That’s not the only idea for TFU 2, however, as Blackman revealed some of his other initial plans:

“Another would have told the story of the first Jedi and Sith (this was before anyone else had covered that ground, I believe). Still another was a Western-inspired story about a Jedi who had turned his back on the Order before the events of Episode III and is just trying to live a quiet, peaceful life when the Empire shows up at his door and he’s forced to kick all kinds of ass to protect his adopted homeworld.

“Maybe my favorite would have started in a mysterious prison that the Jedi used to secretly house Confederacy criminals; after Order 66, the prison is still running, with droids as guards and a single Jedi Warden who is cut off from the rest of the galaxy (I eventually repurposed this idea for Darth Vader & the Ghost Prison).”

All of these sound like really neat ideas, and something that would allow fans to interact with an aspect of the Star Wars universe they hadn’t been able to before, especially in video game form. Once again, Blackman spoke about how his goal would have been to expand the game into more open-world territory:

“In all of these, I was thinking about the game in terms of a more open world, sandbox experience; there would be fewer environments, but they’d all be large, contiguous physics playgrounds. But again, I never developed any of these beyond a few pages of notes and a bit of concept art and reference imagery.”

As he says, these games never got the chance to really expand, or even get close to gamers’ hands. It’s a tantalizing look at what could have been…something we hear all too much about now that LucasArts is gone. Why did the game change so dramatically in the final version of The Force Unleashed 2 we got? We covered that as well, but let’s save all that for the full interview next week.

What do you guys think of these original Force Unleashed 2 ideas? Which would you have been the most excited to play?