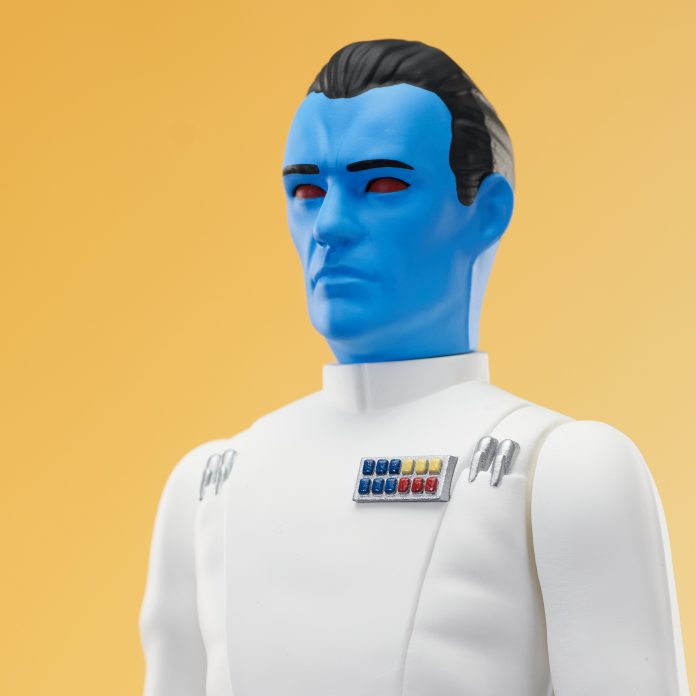 New York Comic-Con is just around the corner and today, Diamond Select Toys and Gentle Giant LTD have revealed what fans can snag while there.

If you’re heading out to NYCC from October 6th-9th, you’ll be able to find Gentle Giant collectibles at their booth (#2945). On top of a live panel taking place on Sunday the 9th bringing some all new announcements, they’ll also have a handful of exclusive items you won’t find elsewhere. Today, they’ve offered up the details on the goodies attendees can snag.

A Diamond Select Toys release! Yo Joe! The GI Joe Ninja Force team makes their Minimates debut in this exclusive 4-pack! Snake Eyes, Scarlett and Storm Shadow team up to take on the Cobra scientist Dr. Biggles-Jones, as seen in the classic GI Joe comic book series! These 2-inch Minimates feature 14 points of articulation and fully interchangeable parts and accessories, and they slide out of an illustrated VHS sleeve! Designed and illustrated by Barry Bradfield! ($30)

A Diamond Select Toys release! Go go Power Rangers! The Mighty Morphin’ Power Rangers are back, in their Season 3 appearances! This exclusive box set features the Red, Blue, Pink, Yellow, Black and White Rangers, and these 2-inch Minimates feature 14 points of articulation, removable helmets and fully interchangeable parts and accessories! All six come packaged in a full-color window box made to look like a DVD case, with a fifth panel door. Designed by Barry Bradfield! ($50)

A Gentle Giant Ltd. release! The newest Star Wars Jumbo Figure is one of the most hotly anticipated Jumbos of all time! Depicting Grand Admiral Thrawn in the (blue) flesh, this approximately 12-inch figure features 5 points of articulation and looks just like a vintage Kenner figure! It comes packaged on a vintage-style card inside a resealable clamshell. Limited to only 750 pieces! ($80)

A Gentle Giant Ltd. release! He needs Han Solo alive! The bounty hunter Boba Fett gets an all-new statue in the Premier Collection line, based on his appearance in Star Wars: The Empire Strikes Back! This exclusive sculpture depicts Boba Fett descending the steps in the carbon freezing chamber, with his blaster drawn. Standing approximately 11 inches tall, this resin statue features detailed sculpting and paint applications, and is limited to only 1000 pieces. ($200)

Even though my collecting is limited to Star Wars stuff, I’m really digging those Minimates sets recreating the VHS/DVD aesthetic. Just a neat way of packaging those things that hits right in the nostalgia.

Which of these NYCC exclusives are you looking to pick up this year?