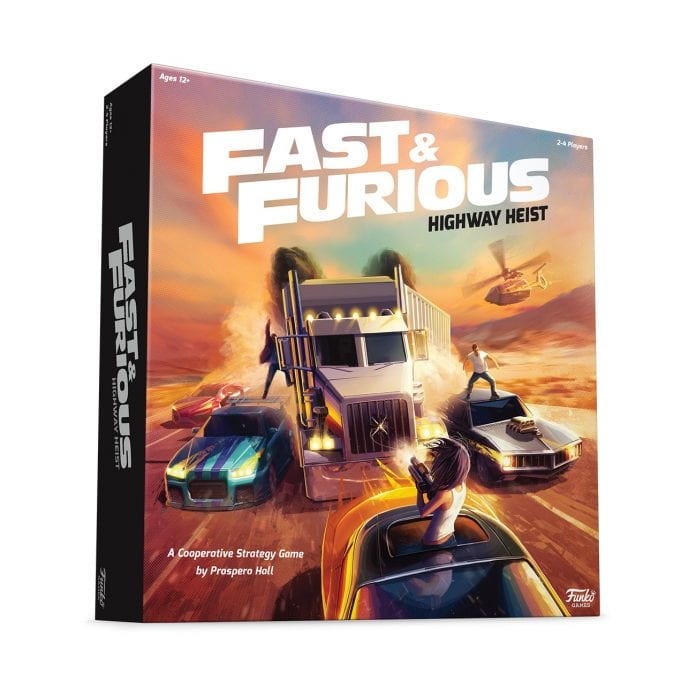 Funko Games is continuing to expand and bringing all new tabletop games for players to pick up as we head into the warmer months.

As the weather begins to change, Funko is looking to bring even more awesome board games to fans/players. On top of some expansions to their previously released titles in the Funkoverse line and Marvel: Battleworld, there’s some all new games we’ll be playing soon. Take a look at what’s ahead:

Face off against your friends and family in this high-octane sports trivia game! Draft sports categories you know you can dominate, or risk playing outside your comfort zone to net the big score. If you dropped the ball on your last answer, recover points in the active Instant Replay challenges. Outscore the opposing team or meet them in Sudden Death to decide the winner! (Available April 2021, ages 10+, $19.99 MSRP, 2-10 players, 50 minutes average playtime)

Get ready for an exciting new mission based on the blockbuster movie series, playing as Dom, Brian, Letty, Roman, and the rest of Team Toretto on a harrowing high-speed heist! Go up against heavily-armed enemies with your hot cars, daring driving, and jaw-dropping vehicle-to-vehicle leaps of faith. Whether you are taking down a swerving semi filled with valuable cargo, stopping a rampaging tank in its tracks, or bringing down a high-tech helicopter as it rains fire from the skies, you’ll have to work together to take advantage of every team member’s strengths. It’s up to you to pull off the job no other crew can do! (Available May 2021, ages 12+, $29.99 MSRP, 2-4 players, 50 minutes average playtime)

Look into the magical wishing well! You’ll see enchanting objects and memorable characters from your favorite Disney Princess stories. Race to find two pictures from the same story! Toss your token into the well and point out two pictures from the same Disney Princess story. If you’re right, collect one of the coins for your Disney Princess board! Be the first to collect 4 coins in a row to win! This game is “Babysitter Approved”: Easy to learn, easy to put away, and fun to play! (Available June 2021, ages 4+, $19.99 MSRP, 2-4 players, 20 minutes average playtime)

Do you play croquet? Funkoverse expands its strategy game franchise with Alice in Wonderland featuring Alice and The Queen of Hearts, plus an all-new croquet scenario! Play as a stand-alone game, or combine with any other Funkoverse set to build a dream-team of your favorite characters and go head-to-head in exciting game scenarios. (Available April 2021 for $24.99, ages 10+, 2-6 players, 40 minutes average playtime)

Which of these new games are you most looking forward to playing?