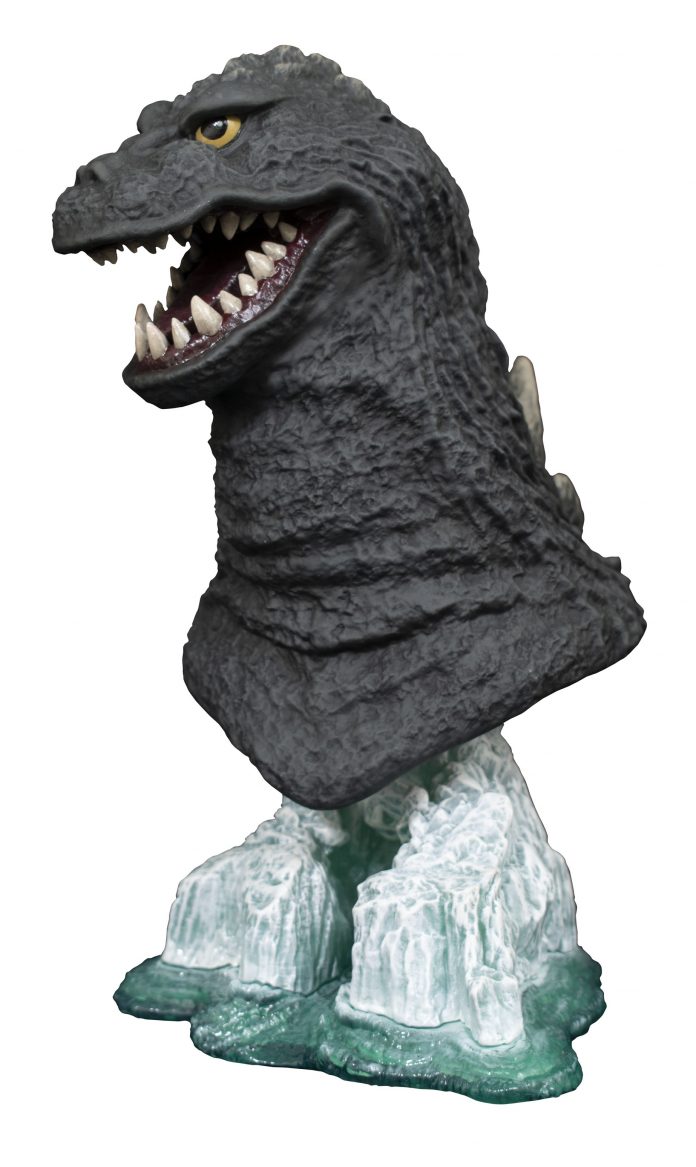 Gentle Giant and Diamond Select Toys have announced a pair of new statues going on (pre) sale today that old-school movie lovers will want to get in on.

If you’re a fan of classic action films, you’ll certainly want to feast your eyes on. Today, they’ve announced orders for a new Godzilla statue and Jean-Claude Van Damme statue are going live!

A Diamond Select Toys release! From the depths he rises! Godzilla returns to the Legends in 3D line of ½ scale busts with this, his 1962 appearance! Based on his appearance in King Kong vs. Godzilla, this approximately 10-inch resin bust features a detailed iceberg base and is limited to only 1000 pieces. It comes packaged with a hand-numbered certificate of authenticity in a full-color box. Designed by Joe Allard, sculpted by Jorge Santos Souza!

A Diamond Select Toys release! The Legend begins! Diamond Select Toys kicks off a new line of Jean-Claude Van Damme collectibles with this Gallery Diorama of the Muscles from Brussels in one of his iconic, superhumanly balanced poses! Demonstrating one of his famous high kicks in front of a gong, the young JCVD stands approximately 10.5 inches tall and is made of high quality PVC. It comes packaged in a full color window box. Designed by Eamon O’Donoghue, sculpted by Rocco Tartamella!

Look, I know I don’t collect much outside of Star Wars stuff (I don’t have space!), but I think I’m going to have to find a way to squeeze these in. For one, this classic Godzilla bust looks incredible, and as a life-long martial artist I feel I have no choice but to snag the JCVD statue (which is kicking off a whole new line of Van Damme collectibles).

Pre-orders on both of these are live now and should be hitting comic stores as early as next week! Hit those links above to check out more images and get your order in!